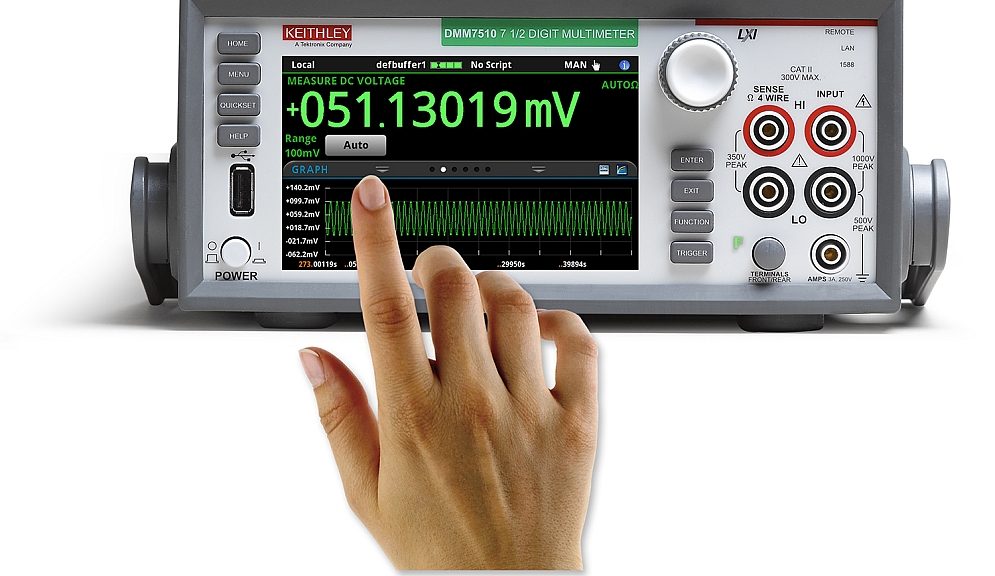 Tektronix announced that the Keithley DMM7510 was named a winner in the 2016 UBM Americas ACE (Annual Creativity in Electronics) Awards in the Test and Measurement category. The awards program honors the people and companies behind the technologies and products that are changing the world of electronics.

The winners were announced at an awards ceremony on Wednesday, December 7, at the San Jose Convention Center, during the Embedded Systems Conference Silicon Valley.

“The DMM7510 is the industry’s first graphical sampling multimeter and winning this prestigious award is another indication of the impact this breakthrough instrument is having on the industry today,” said Mike Flaherty, general manager, Keithley product line at Tektronix. “The DMM7510’s combination of high performance and high ease of use gives our customers unparalleled insight into test results.”

With this performance, the DMM7510 is well-suited for applications such as profiling the power consumption of battery-operated products in IoT devices, implantable medical devices and fitness monitoring devices. The DMM7510 can measure both ultra-low sleep modes and capture complex load current bursts enabling design and test engineers to fully characterize and test the power consumed in all of a device’s operating states.

A panel of EE Times and EDN editors narrowed down the entries to three finalists in each category, based on the criteria set forth in an online submission form. Winners are determined from among the finalists by a panel of independent judges.