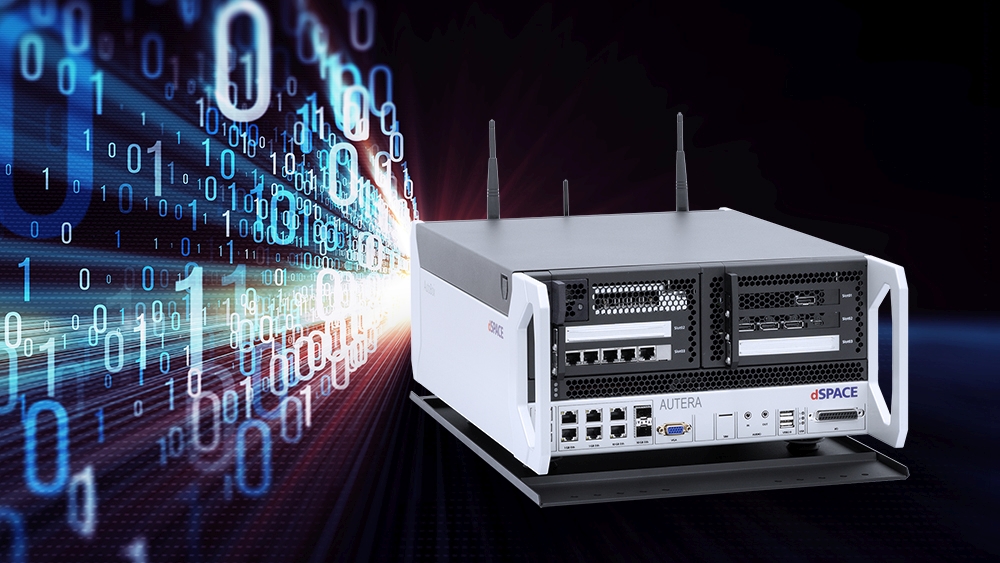 These solutions are aimed at applications that record large volumes of data during driving tests, in the development or certification phases. They can also be used to replay the flow of data recorded in the laboratory or to prototype the fusion of sensors or perception algorithms in the vehicle.

To do this, the Autera AutoBox operates a storage solution that provides storage space of several terabytes combined with an SSD disk and storage bandwidth of up to 50 Gbit/s.

In order to support intensive calculations, implemented during the development, validation and optimization of artificial intelligence algorithms, the Autera AutoBox can be equipped with hardware accelerators, such as GPUs and FPGAs. The latter can also be used during the loading of data from a driving test for filtering and pre-processing. This speeds up the data evaluation process and increases the storage capacity of the data loading system.

This system supports networks and buses based on the latest standards such as Autosar and Fibex. In order to synchronously process data from various sensors, the Autera AutoBox records precise time references and supports a number of camera interfaces such as GMSL II, FPD Link III or CSI II. A specific Autera loading station is available to transfer data to an existing server or cloud infrastructure. Its interfaces can load recorded data to a data center at a rate of up to 100 Gbit/s via Ethernet.

The Autera AutoBox is supplied with the pre-installed RTMaps software. Thanks to component-based software development and the runtime environment, users can record data from different sensors and vehicle buses, add time benchmarks, synchronize the data and replay them. It is also possible to use complementary software applications based on Linux. A documented API of all relevant interfaces is provided. A fleet management solution, planned in a future release, will allow users to manage and monitor Autera systems during the deployment of their fleet.