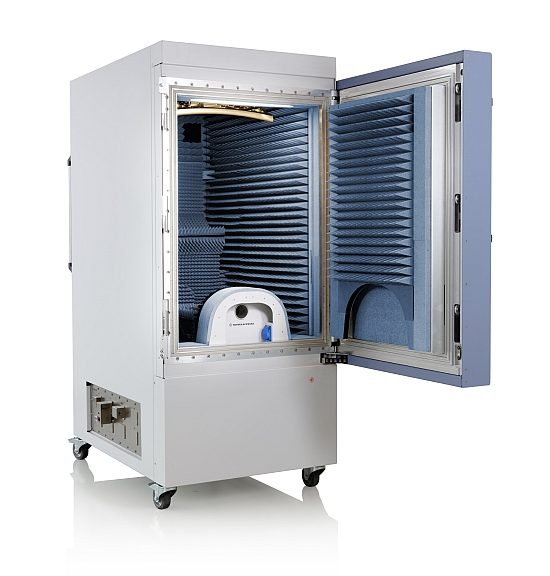 At this month’s 2019 productronica trade fair in Munich, Rohde & Schwarz previewed its new solution for testing new generation automotive radar sensors that are essential for advanced driver assistance systems (ADAS) in autonomous vehicles. This test solution was used by Uhnder to calibrate and verify the operation of its fully integrated 4D digitally modulated automotive radar-on-chip (RoC).

“Our 4D radar, digitally modulated and integrated on a microchip, has specific testing requirements. Thanks to the expertise of Rohde & Schwarz, we have been able to meet and even exceed our performance targets for our product and take a further step towards a completely autonomous future,” said Ralf Reuter, Fellow and Senior Director of Customer and Applications Engineering at Uhnder.

Test solution for automotive radar sensors
This test system includes the new compact R&S ATS1500C test chamber that allows far-field testing. It is associated with the R&S AREG100A automotive radar echo generator, which simulates radar targets at different distances. This device allows indirect far-field tests to be carried out to verify the reliability and reproducibility of radar sensors throughout the development and validation process.

The R&S ATS1500C IFF test chamber is equipped with a CATR (compact compact antenna test range) reflector, generating a 30 cm diameter silent zone for testing in the 77 to 81 GHz frequency range. It is equipped with a 3D tilt-tilt positioner. The arrangement of the absorbers has been carefully studied to eliminate phantom targets during the simulation.

Uhnder Radar on a Chip
The radar on a chip of the start-up Uhnder using 4D digital modulation technology integrates 192 virtual channels, whereas most standard automotive radars currently have only 8 to 24 channels. This allows it to significantly improve its detection capability and thus to track and classify more objects. This radar chip offers processing power up to 20 TeraOPS, while requiring less than 8 watts of power.

According to Uhnder, its radar on a chip is distinguished in the market by the use of High Contrast Resolution (HCR) technology, which improves range and angular resolution and allows small radar reflectors to be distinguished from larger ones located nearby. This guarantees a more accurate and secure response time than with the technology used by today’s radar chips. These increased performances offer the opportunity to develop more advanced driver assistance systems for today’s vehicles as well as for future driverless vehicles.

“Our radar on a chip meets the requirements of imaging radars for future autonomous vehicles in terms of compactness, fuel consumption, cost and resolution. To achieve such resolution with current technologies, up to six electronic chips (several transceivers, several processors and an ADC) would have to be combined. We put everything together on one chip and got better performance,” says Manju Hegde, co-founder of Uhnder.

Rohde & Schwarz and Uhnder will jointly present the R&S ATS1500C test solution at CES in Las Vegas from January 7 to 10, 2020. Private demonstrations are available upon reservation.