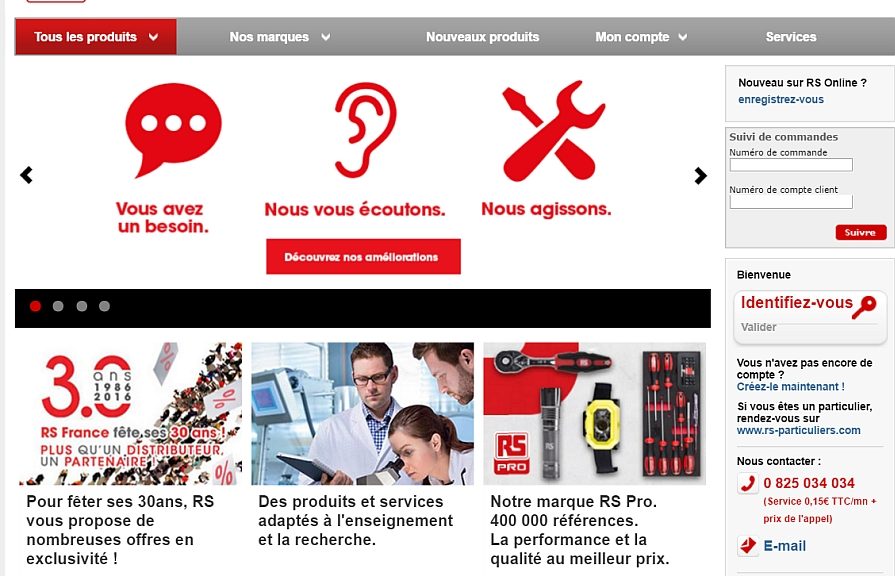 Over the past few years, Electrocomponents reports that it has implemented a major marketing program and integrated thousands of improvements to its websites based largely on customer feedback and online behavior. « We are constantly evolving to remain at the forefront of the market, constantly adapting to our customers’ needs, » said Lindsley Ruth, CEO of Electrocomponents.

The aim of these investments, which focused on e-commerce, was of course to increase traffic while making its websites faster and easier to use. Digital technology has thus been the driving force behind the development of Electrocomponents and its RS Components and Allied Electronics brands.

Its digital strategy thus contributed to the growth of its revenues. Its online sales have quadrupled in the last decade, from £246 million (approximately €277 million) in 2007 to £1 billion in 2017.

As a distribution company through catalogues at its creation in 1937, RS gradually evolved and transformed its business model after the launch in 1998 of its first website in the United Kingdom and then in 1999 in France. The UK group reports that the 60 websites it now owns worldwide registering around 10 million visits each month.

Electrocomponents, of which RS Components is the European trademark, achieved an annual turnover of £1.51 billion (€1.7 billion) for its fiscal year ending March 2017 for a taxable profit of £128 million (€144 million).