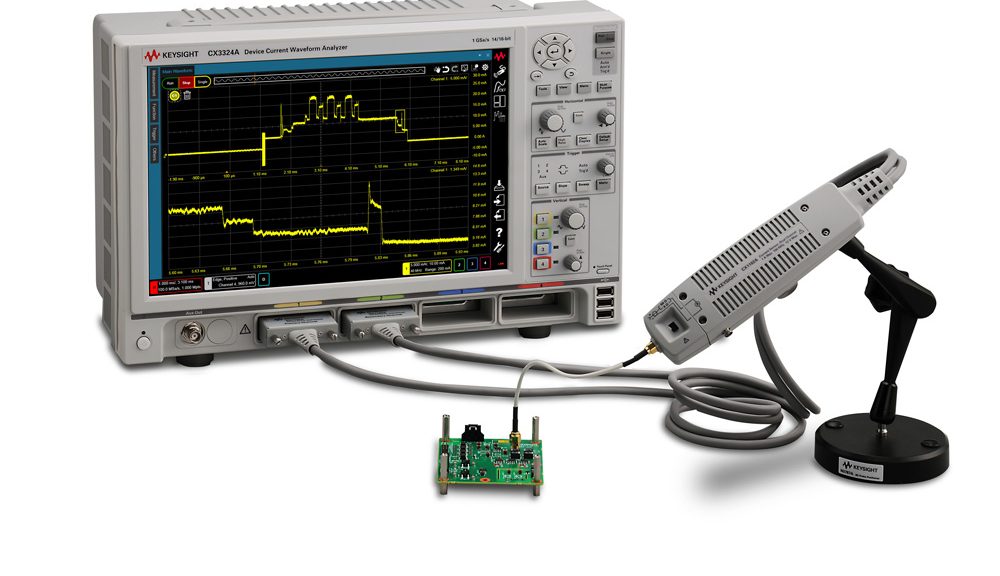 Keysight Technologies launches the CX3300, with two or four channels, capable of measuring currents as low as 100 pA in a 200 MHz frequency band. This analyzer operates at a sampling rate of 1 Gech / s with a resolution of 14 or 16 bits.

The Keysight CX3300 current analyzer is equipped with two or four measurement channels. It is aimed at applications requiring measurements of transient currents having a pulse width of less than 100 ns during, in particular, the characterization phases of an electronic device.

With a 14.1-inch WXGA multi-touch screen, measurement and analysis software, and specific current sensors, the CX3300 provides simultaneous measurement of both broadband and Low level with a dynamic range of 14 or 16 bits. The 200 MHz bandwidth current sensors support current measurements between 10 A and 100 pA.

The absorbed current waveforms can also be captured at any time, whether the device is in standby / pause mode or active. By clearly observing how a device absorbs power, engineers are able to quantitatively evaluate and reduce the power / current absorbed by an electronic device.

In addition to measuring dynamic currents, the CX3300 can also be used as a debugging tool.