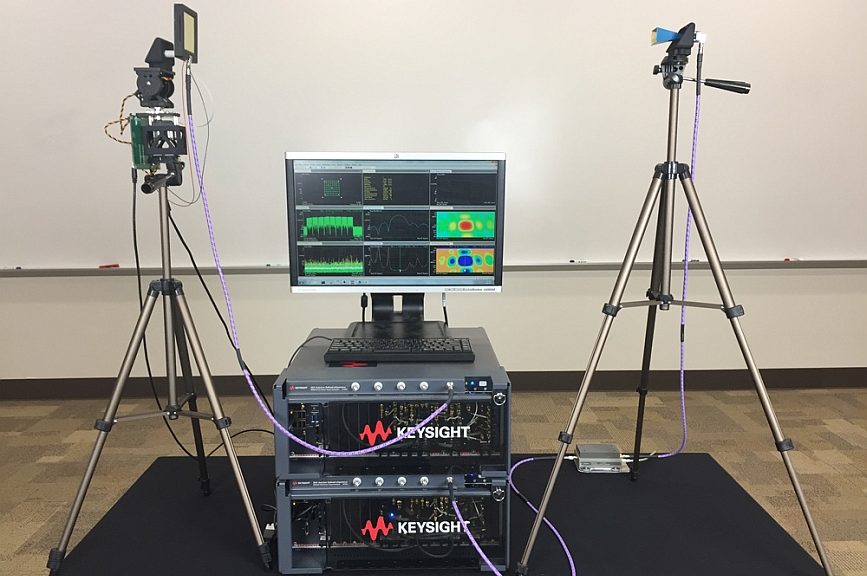 Keysight and the University of California (UC) San Diego announced the achievement of an extremly fast bidirectional phased-array link in the 28 GHz 5G band.

The demonstration included a 64-element array that achieved a data rate of 12 Gbps at 0 degrees and more than 8 Gbps over all scan angles up to ±50 degrees in azimuth and +/-25 degrees in elevation at a link distance of 300 meters. The array produced data rates of up to 18 Gbps at shorter distances. The bit-error-rate was less than 10-7 at maximum scan angles. The results did not rely on any calibration on the 64-element phased-array, thereby greatly reducing implementation costs.

The 64-element phased array, built on a low-cost printed-circuit board, only consumed approximately 7-11 W of DC power in either its transmit (Tx) or receive (Rx) modes thanks to the UC San Diego high-performance system-on-a-chip (SoC) designs that uses a third-generation silicon germanium (SiGe BiCMOS SBC18H3) process from TowerJazz.