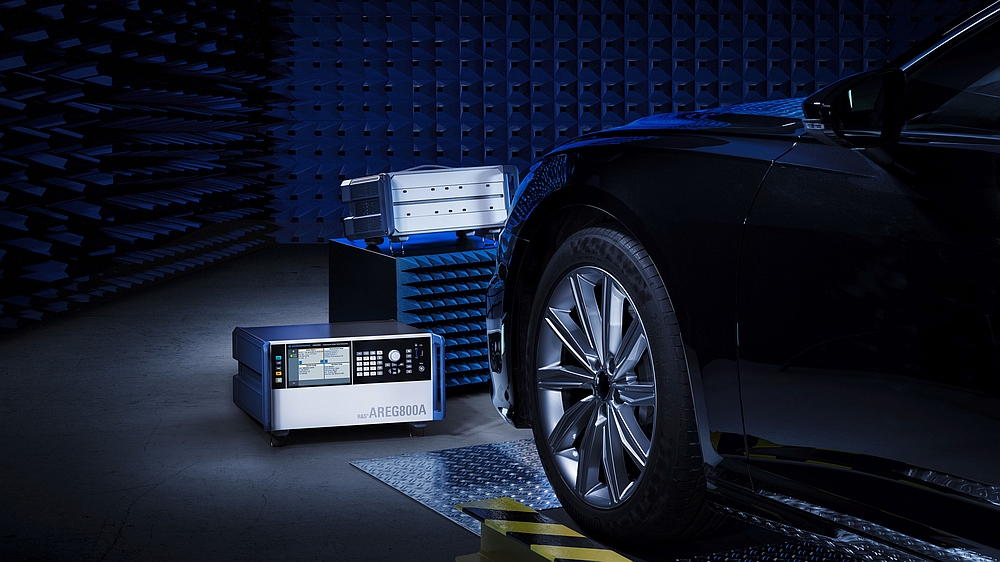 In fiscal year 2021/2022 (July to June), Rohde & Schwarz, which has about 13,000 employees, generated sales of €2.53 billion. Its positive operating results were in line with its expectations. At 2.84 billion euros, order intake was significantly higher than in the previous year.

Each of its three divisions (Test & Measurement, Technology Systems, and Networks & Cybersecurity) achieved double-digit growth. However, the conversion of orders into billable sales was hampered by the tense supply chain situation. The company’s high degree of vertical integration, with plants in Germany, the Czech Republic, Singapore, and Malaysia, reinforced its stability.

Mobile communications are being driven in particular by the global rollout of 5G networks and the wider availability of 5G-enabled devices. At the same time, 6G is on the horizon. Rohde & Schwarz supports fundamental research into 6G down to the subterahertz frequency bands. In the automotive sector, the focus is on connectivity and communications, including vehicle-to-everything (V2X) technology. The German company also recently launched an automotive radar test system.

Security scanners from Rohde & Schwarz help to improve security at events, airports and businesses. The R&S® QPS201 security scanner has been officially placed on the Transportation Security Administration’s (TSA) list of qualified products, taking an important step toward deployment at U.S. airports and other TSA security screening facilities. The scanner can now be deployed in the U.S., European and Asian markets.

Rohde & Schwarz emphasizes that current geopolitical developments are leading to a re-evaluation of security and defense in society and at the political level. The company is helping its customers to meet these challenges. For example, it won a major contract from the British Royal Navy to equip the Type 26 frigates of Lot 2 with an integrated communication system. In addition, the company won its first order in Germany for a complete naval communications suite. In the land defense segment, the company delivered the SVFuA/SOVERON®D digital tactical radio system for the upgraded Puma infantry fighting vehicle to the German armed forces.

The new R&S Series 5200 air traffic control radio, which ensures the safety of civil aviation, was introduced to the market. This radio has been deployed in Vietnam, Taiwan, Slovenia, Australia and Malaysia.

In the broadcasting and media market segment, Rohde & Schwarz completed the development of the first model of a new generation of transmitters. The high-power transmitter was designed to enable broadcast network operators to significantly reduce their CO2 emissions and operating costs. It is also suitable for future services such as 5G broadcasting.

Rohde & Schwarz has completed its solution offering with the acquisition of Schönhofer Sales and Engineering GmbH, which specializes in big data analysis, cyber defense and risk management. With this new subsidiary, Rohde & Schwarz provides solutions covering the entire signal processing chain from sensors to data analysis.

Rohde & Schwarz is a privately held company that is financed by its own resources. Its long-term management approach takes sustainability into account in all its activities. Climate protection is one of the company’s priorities, particularly through the expansion of renewable energy sources. Since the end of the calendar year 2021, the company’s main locations in Germany have been powered by electricity from renewable energy sources. A photovoltaic system is also to be installed on the roof of the Memmingen plant’s parking lot. This will expand an existing solar energy system.