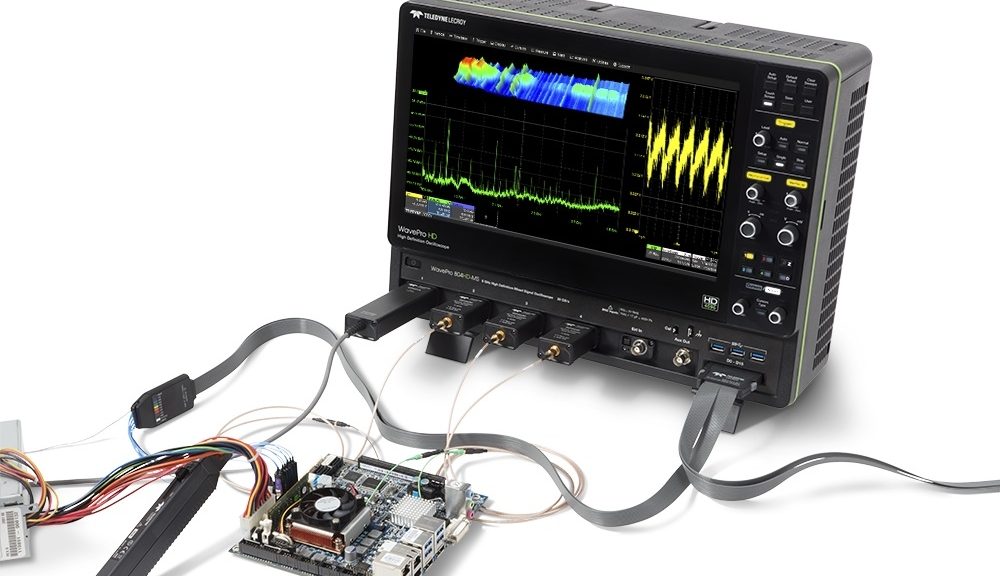 Latest announcement, the WavePro HD series oscilloscopes equipped with 4 channels, capable of digitizing signals up to 8 GHz frequencies with a resolution of 12 bits, and carrying up to 5 Gpts of memory.

Mobile and portable devices that are becoming increasingly compact, faster and more energy-efficient, as well as computer systems operating high-speed digital buses and other technologies for data centers, are integrating electronic devices whose debugging requires oscilloscopes with higher vertical resolution, high bandwidth, and signal capture capabilities over a very long period of time at very high sampling speeds. This is Teledyne Lecroy’s credo.

Since 2011, the American manufacturer has therefore focused its strategy on the development of high-resolution oscilloscopes, i.e. capable of digitizing signals with a vertical resolution greater than 8 bits, the most commonly offered resolution on the market. Some oscilloscopes, however, with built-in 8-bit analog-to-digital converters, manage to display higher resolutions using digital processing algorithms.