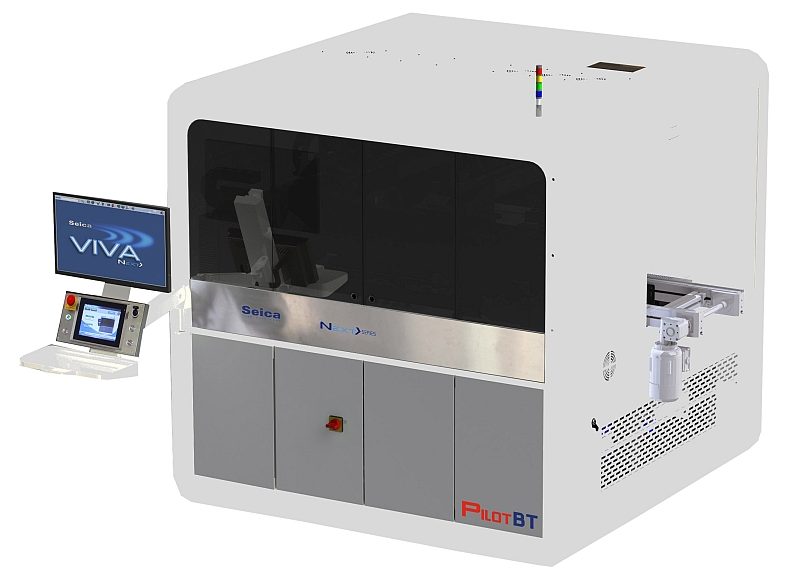 The Compact RT, the latest generation of PCB test solutions from the Seica Next Series family, is designed to deliver maximum productivity in all automated production scenarios: a new double-fixed rotary table ensures optimal continuous test throughput. Its modular design gives it the necessary versatility to be deployed in different automated production configurations (robot/cobot). This modular solution is configurable for in-situ, pre-functional, functional and combined testing as well as embedded programming.

A “distributed test” solution on an automated line, using Seica Automation control systems connected to Seica Next Series Pilot V8 flying probe and Compact SL testers, will also be presented on the Seica stand in Hall A1.

The Pilot V8 flying probe tester operates up to 20 moving resources. Standard test probes can each apply a current of up to 2A. The tester can also be equipped with high-resolution cameras for automatic optical inspection, barcode reading and switching matrices, laser sensors, capacitive probes, pyrometers, fiber optic sensors for LEDs, boundary scan test and integrated programming devices.

The Pilot V8 will be presented in its fully automated version, compatible with any standard assembly line, dedicated to medium/high volume production. The HR option completes the features available on this tester. It guarantees contact on miniature components (up to 30 µm). The HF option uses high-frequency probes, capable of measuring signals at frequencies above 1.5 GHz. The Pilot V8 XL version offers an extended working surface from 610 x 540 mm as standard to 800 x 650 mm, in order to accommodate and test very large boards.

The fully automated Compact SL tester is, like the entire Seica Compact Next Series, configurable for in-situ, pre-functional, functional and combined testing, as well as embedded programming.

Seica will present the world premiere at Productronica of the Pilot BT solution specifically designed for automotive battery testing. This solution complements the Seica Pilot Next series. It is a new generation of flying probe test systems that meet the requirements of manufacturing parts in ever-increasing quantities. Equipped with up to four moving heads, the Pilot BT’s new hardware architecture performs high-precision parallel Kelvin tests on 16 cells simultaneously, achieving production rates of nearly 2400 cells per minute, more than double the performance of the first generation of test systems. The Pilot BT tester uses “flying connectors”. These can be arranged from 2 to 16 channels depending on the orientation of the X or Y axis. They are easily exchangeable according to the needs of the application to adapt to the different battery configurations produced. Manufacturers must also be able to support products of various sizes: the Pilot BT can test batteries up to 1050 x 865 mm (41.33 x 34.05 inches) and weighing 100 kg.