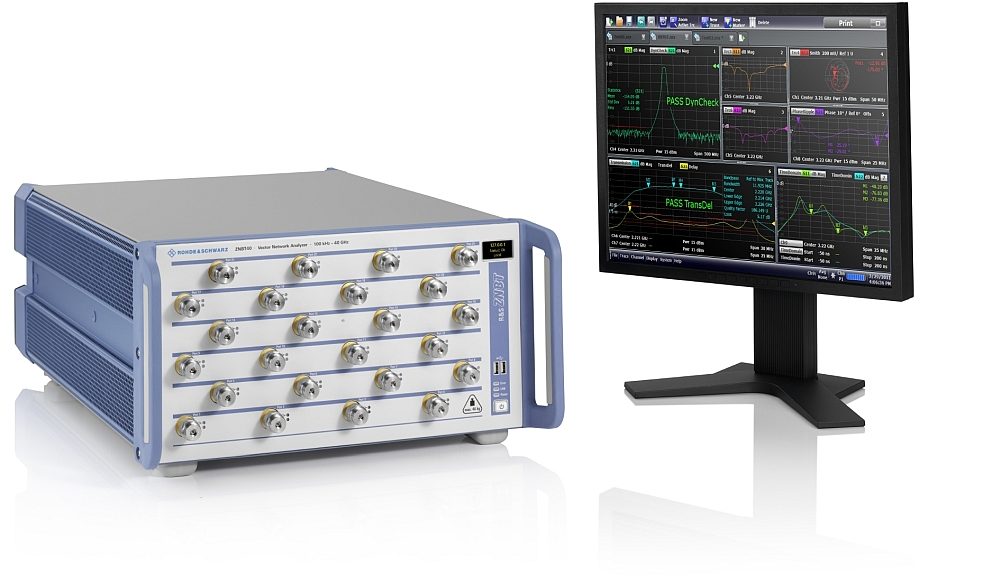 The R&S ZNBT40 vector network analyzer is particularly suitable for measurement applications on 5G antenna arrays.
Its frequency range up to 40 GHz allows the testing of active and passive components used in multi-antenna communication systems (MIMO, SISO, MISO), as well as radar systems.

According to Rohde & Schwarz, the R&S ZNBT is currently the only multi-port vector network analyzer capable of performing measurements in the frequency spectrum below 300 kHz.

The R&S ZNBT allows users to perform signal integrity tests in order to check crosstalk or length offset between lines or to detect faults in cables.

In addition to measuring S parameters on multi-port components, R&S ZNBT VNAs can perform phase measurements on up to 24 signals.