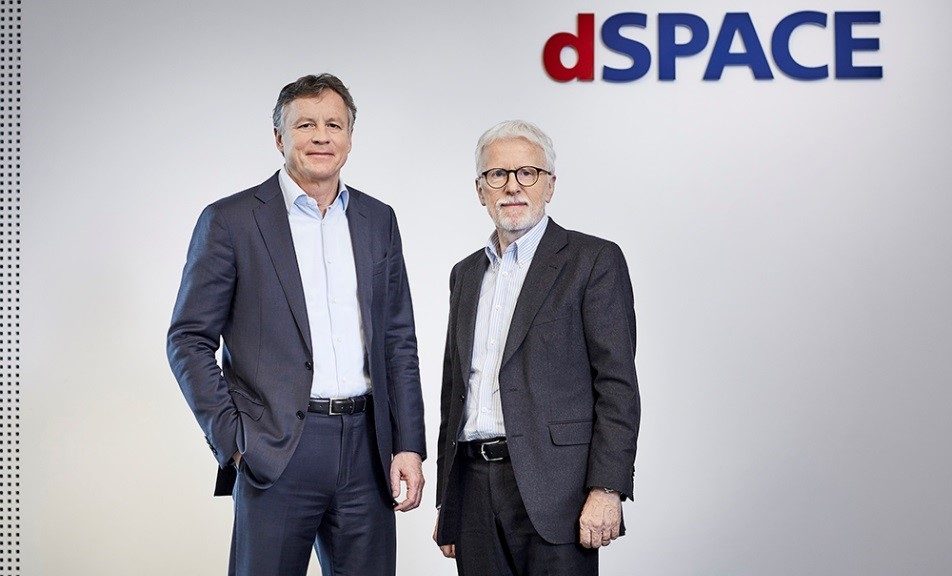 The founder and CEO of dSpace Herbert Hanselmann, 69, handed over the reins to Martin Goetzeler, 55  (left on the picture). He was appointed CEO of the German family-owned company on 1 March 2018.

Martin Goetzeler first held various management positions at Siemens. After several years of experience abroad as President or CFO of Osram in Italy, the United Kingdom and the United States, he was appointed in 2005 Managing Director of this company specializing in lighting and LED solutions for the automotive sector. More recently, Martin Goetzeler served for four years as CEO of Aixtron SE, a supplier of deposit systems for the semiconductor industry.

His technical sector knowledge, international experience and expertise in the management of medium-sized companies are the elements that led to his appointment as CEO of dSpace.

Dspace, develops and distributes integrated hardware and software tools for the development and testing of mechatronic ECUs and controllers for the automotive, aerospace and other industrial sectors. The German company, which employs 1,400 people, is based in Paderborn, Germany, where it has three project centres. It is also present in the United States, the United Kingdom, France, Japan and China.