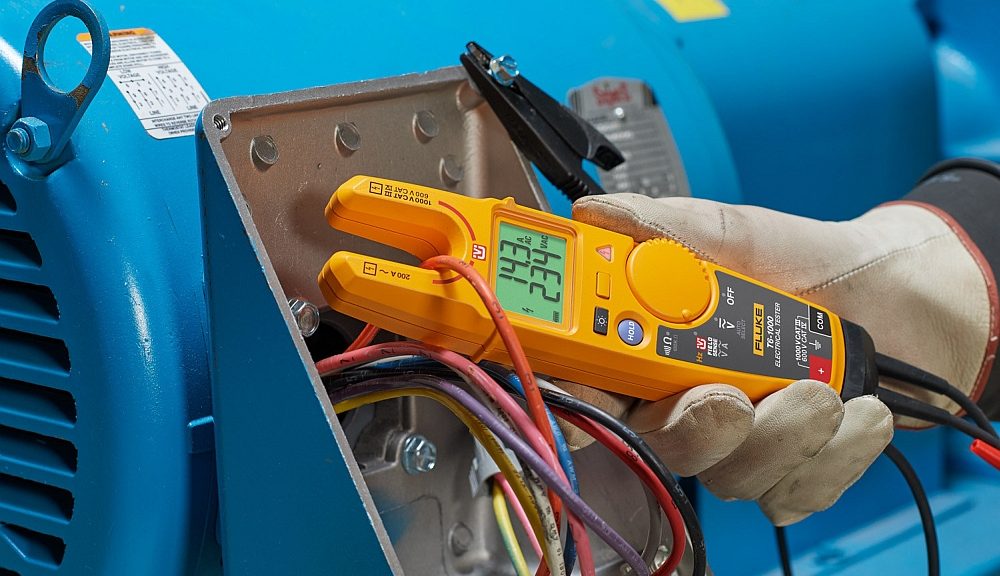 The T6 Electrical Testers with FieldSense Technology allow electricians to take simultaneous voltage and current measurements — not just detection — without test leads. They make it possible to take true-rms measurements in crowded junction boxes or along conductors with inaccessible end points, saving time, minimizing errors, and reducing the possibility of arc flash.

With the Fluke T6-600 and T6-1000 testers, with backlit displays, electricians can measure voltage up to 1000V through the open fork without test leads or exposed conductors, with no need to open panels or remove wire nuts. This saves time.

The T6-1000 simultaneously measures and displays voltage and current. It also measures resistance up to 100.0 kΩ.

Fluke FieldSense Technology that enables the testers to give simultaneous voltage and current readings, not just simple go/no-go voltage detection.