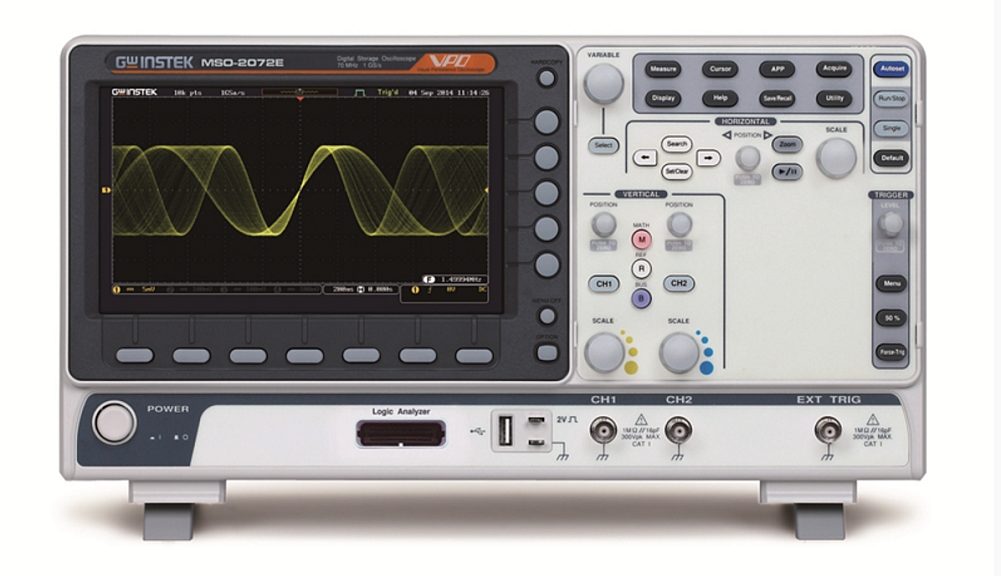 The MSO-2000 series is equipped with waveform search and segmented memory functions. The segmented 10M memory can be divided the maximum into 29,000 sections for users to bypass any unimportant waveforms so as to swiftly search all required waveforms. With the segmented memory function, more meaningful waveforms can be saved and target waveforms can be displayed. Users, by using the waveform search function, can search desired waveforms according to the required trigger conditions.

16-channel logic analyzer has a memory depth of 10Mpts per channel. The minimum input swing of logic analyzer represents the minimum operating voltage of ±250 mV. The standard bus trigger and decoding functions include serial and parallel bus such as I2C, SPI, UART (RS232/422/485) and CAN/LIN bus for automotive communications. The parallel bus function is only for digital channels. Bus waveforms can be triggered and decoded in real time.