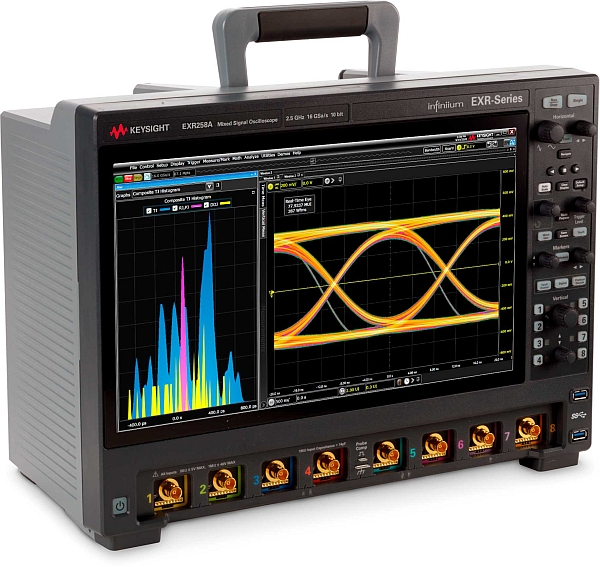 The Infiniium EXR series follows the launch of the Infiniium MXR family of 8-channel oscilloscopes, which was introduced in May 2020. It is available through the company’s worldwide network of distributors.

The 15.6-inch high definition touch screen of the oscilloscope can be duplicated or combined with another monitor.

The Infiniium EXR Series real-time oscilloscopes start at USD $18,300 and are available through Keysight’s distribution network.