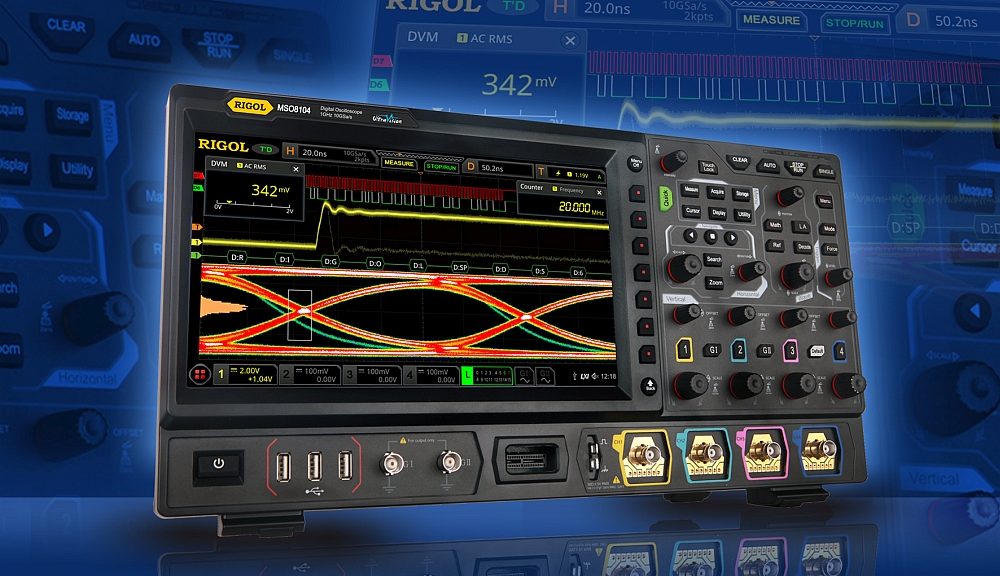 The model with two inputs covers a frequency range up to 2 GHz, and has a memory depth of 500 Mpts as standard.

This instrument features a 10.1-inch capacitive colour touch screen with 256 colour intensity levels. It has a memory depth of up to 500Mpts on all channels for data acquisition and processing. It displays a waveform update rate of up to 600,000 wfms/s.

It is equipped with USB Host, USB Device, HDMI, LAN, LAN, USB-GPIB and AUX OUT interfaces.