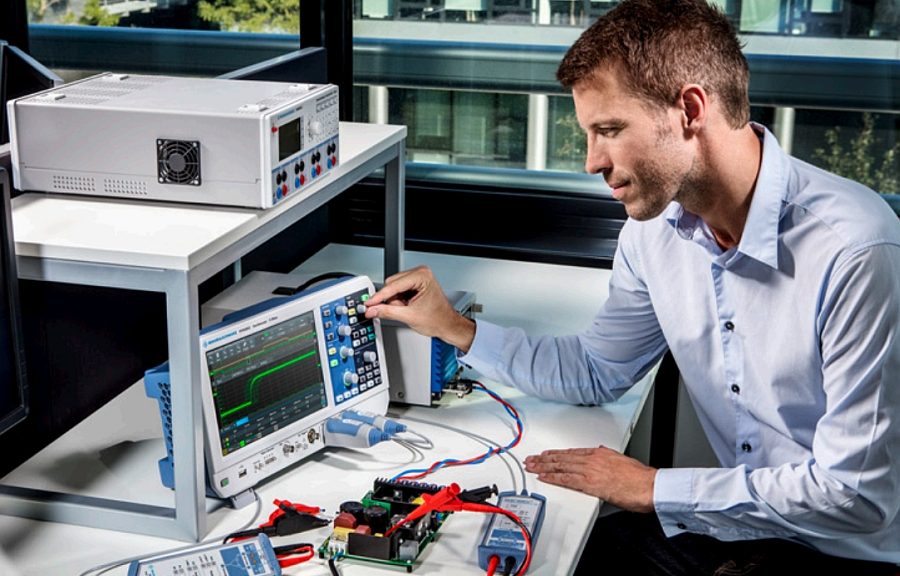 The German manufacturer is therefore continuing its conquest of the oscilloscope market, which began in June 2010 with the launch of the RTM and RTO ranges. With the launch of the RTC1000, RTM3000 and RTA4000 models, Rohde & Schwarz’s offering now includes six families of benchtop oscilloscopes, covering bandwidths ranging from 50 MHz to 6 GHz, as well as a portable oscilloscope, the R&S Scope Rider, with two to four channels and a bandwidth of up to 500 MHz.

At the beginning of this year, the range of products offered by the Munich-based manufacturer is being expanded at the entry-level with the launch of the RTC1000 model. This oscilloscope offers two analog inputs, a 50 to 300 MHz bandwidth, a sampling rate of up to 2 GS/s and a memory depth of 2 Mpts. “It is an electronic measuring instrument for everyday use and stands out for its excellent price-performance ratio”, says Françoise Sango, sales manager of Rohde & Schwarz France. 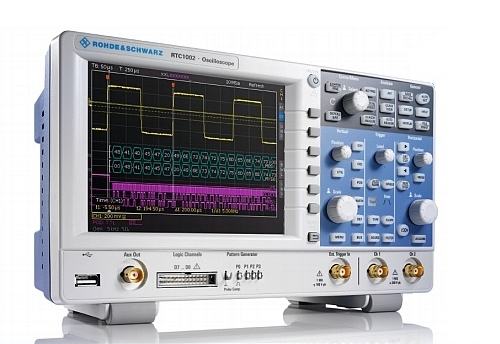 In fact, the RTC1000 is sold from 835 €. It is equipped with a 6.5-inch screen, 8-bit analog/digital converters and features scalable bandwidth and functionality after purchase.

# The R&S RTC1000 combines six test and measurement functions in one instrument :

« The component testing function is not common on this range of oscilloscopes. The RTC1000 also includes a Web Server function that enables remote control via its Ethernet interface without the need to download specific software », says Arnaud Combe, Business Developer Oscilloscope at Rohde&Schwarz France.

While the RTC1000 falls short of the RTB2000 in terms of functionality and performance, the new RTM3000 and RTA4000 models, launched jointly on the market, have superior measurement characteristics that are between RTB2000 and the existing RTE and RTO series. Apart from the number of analog channels, various functions can be added per software after the purchase of the oscilloscope. 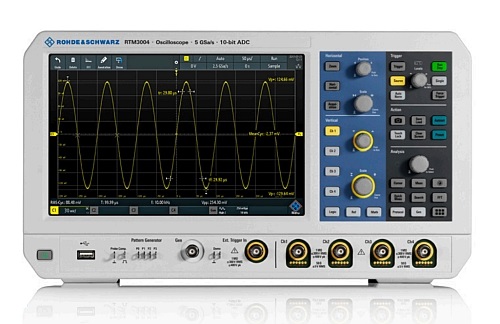 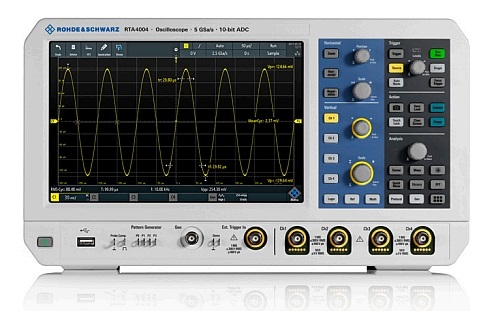 The IHM of the RTM3000 and RTA4000 oscilloscopes has been designed to address all generations of technicians and engineers and adapt to all applications. “These instruments can be controlled and configured via their touch screen or traditional front panel,” says Arnaud Combe. For example, it is possible to split the screen into several adjustable windows by sliding your fingers, or to make annotations on a waveform or to surround a detail with your fingers before it is recorded. The screenshot is made via a dedicated command. The IP address of the instrument can also be obtained directly from an icon on the touch screen.

# Main features offered by the RTM3000 and RTA4000 oscilloscopes:

Oscilloscopes can’t, of course, be dissociated from probes that connect to the device under test. These must be adapted to the specifics of the signals to be measured. “While expanding our range of oscilloscopes, we have not neglected this essential aspect by developing a range of probes that now includes no less than 40 models. For example, we will soon be launching a differential high-voltage probe operating up to 6 kV and 200 MHz”, reports Stéphane Crochetet, Business Developer Oscilloscope at Rohde&Schwarz France.