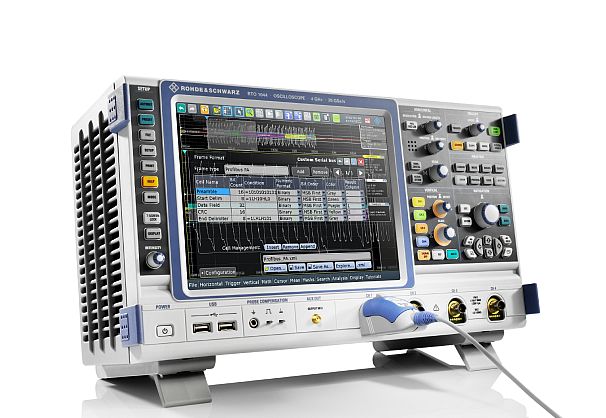 Each of the two analogue channels of the generator, which has a bandwidth of 100 MHz, can operate in four modes: function generator, modulation generator, in sweep mode or to replay arbitrary waveforms. The maximum sampling rate is 500 Ms/ s and the resolution is 14 bits.

The pattern generator can provide individually configurable digital signals over eight channels. With a data rate of up to 40 Ms / s, it can generate clock and bus signals such as the SPI bus.