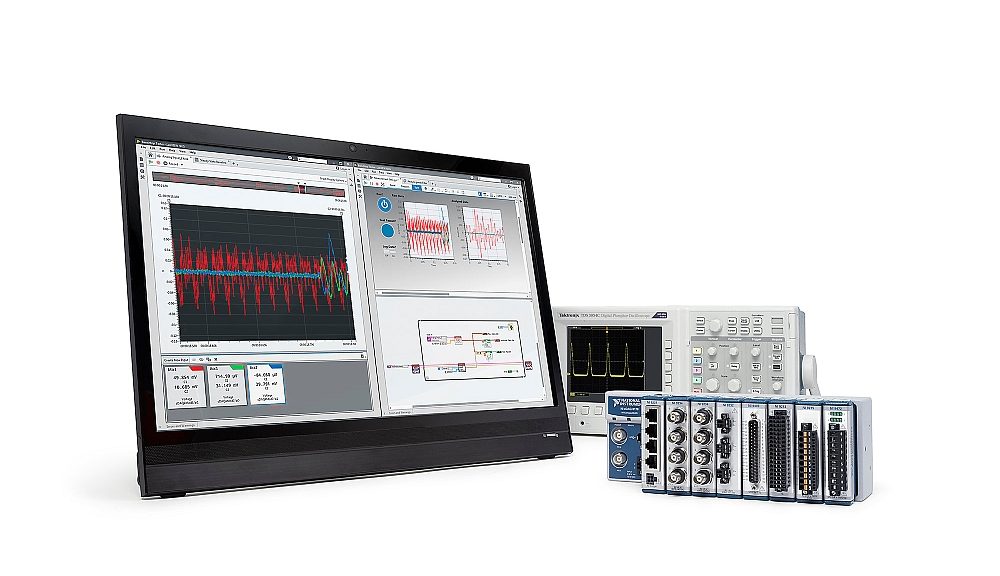 Jeff Kodosky, co-founder of NI and the inventor of LabVIEW, said that the very first version of LabVIEW was launched thirty years ago to help engineers automate their measurement systems without having to To master the traditional programming languages.

“LabVIEW NXG has been redesigned around the unified development flow concept. Its configurative approach will serve the most common applications, while the more complex ones can take advantage of the freedom of programming offered by the LabVIEW graphical language”, explains Jeff Kodosky.

This new development flow allows to acquire and analyze measurement data without programming. It aims to simplify automation by developing the necessary code “under the hand”. For example, engineers can drag and drop a section of code equivalent to 50 lines of text code in one gesture. The goal is to no longer worry about the implementation processes of a test and measurement software application.

Testimonial from a pilot user of NI products and early versions of LabVIEW NXG since last year. Casey Lamers is a control systems engineer at Phoenix Nuclear Labs, suppliers of neutron generators used in the medical, energy and materials processing industry, testifies: “As our company is developed, the NI platform has enabled us to adapt our software to the changing demand. It took us only a few weeks against months before to develop a customized software dedicated to a new accelerator for nuclear medicine. Software development time has increased from several hours to just 30 minutes. We are confident that LabVIEW NXG will allow us to reduce our development time and that it will be enriched quickly with new features. ”

According to NI, LabVIEW NXG incorporates a fully redesigned editor that offers features often required by advanced LabVIEW users, while ensuring a user experience similar to complementary software on the market. This new editor extends the compatibility of LabVIEW with other languages. It optimizes micro-interactions, vectorized objects in the user interface and the quality of zoom functions.

The 2017 version of LabVIEW aims to develop, deploy, and manage distributed, sophisticated, and embedded and distributed applications. Its features improve interoperability with IP and standard communication protocols such as IEC 61131-3, OPC UA and the DSS data exchange standard.

LabVIEW NXG 1.0 and LabVIEW 2017 are both available when you purchase one of the two versions, whether you are a new LabVIEW client or have an active service contract for several years.