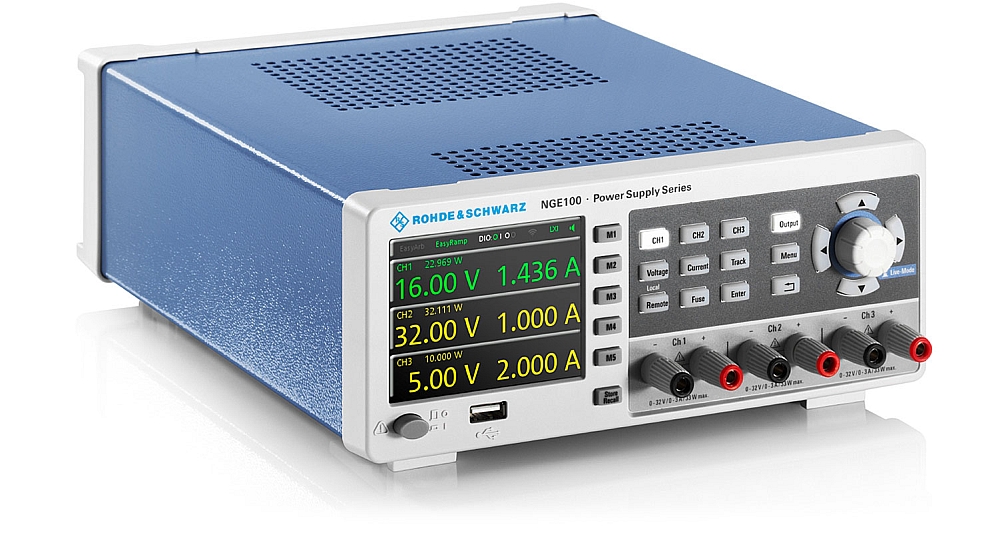 The R&S NGE100 provides protection options. Users can enter maximum values for voltage, current and power separately for each channel. The electronic fuses can also be linked with other channels. All linked channels will be switched off as soon as one of the linked channels reaches a limit. Users can define a delayed response time to prevent the power supply from switching off in the event of a short current spike.

The power supplies can be used on the benchtop or mounted in a 19″ rackmount (with a rack adapter). They can be remote controlled via the integrated USB interface or optionally via LAN or WLAN. A digital trigger option is also available. A key code activates the options.

The power supplies are available from Rohde & Schwarz and selected distribution channel partners with prices starting at EUR 650.