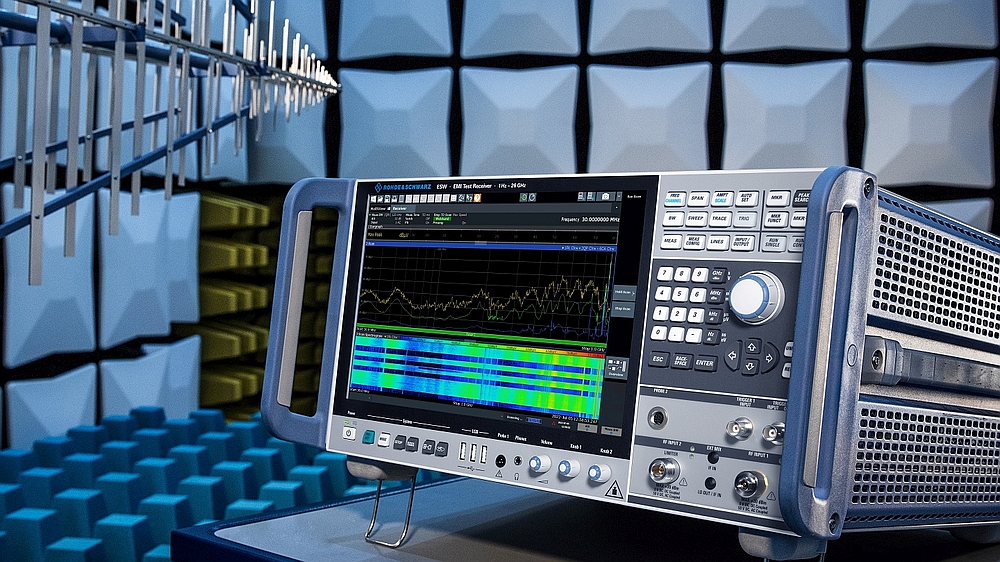 With the R&S ESW-B1000 offering 970 MHz of FFT bandwidth, the R&S ESW can process the CISPR Bands C and D in one shot – even with quasi peak and CISPR average detectors working in parallel – offering a significant gain in measurement speed.

The 970 MHz wide spectrum is measured in real time; users benefit from a truly gapless spectrogram. Infrequent emissions can be observed over a significantly longer time and are detected with a much higher probability. Emissions from equipment under test going through a duty cycle are recorded over a broad spectrum of 970 MHz without missing the shortest pulse.

Rohde & Schwarz is presenting the new solution at EMV 2022 from July 12 to 14 at the Cologne exhibition center.