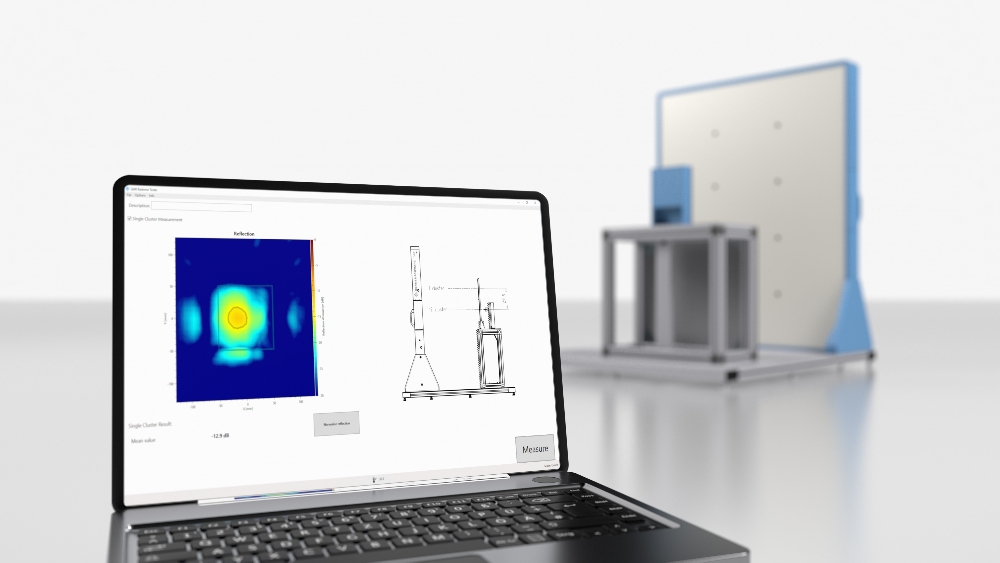 The R&S QAR is a mmWave imaging system for radome and bumper material testing and validation. This system is designed for applications ranging from development and production to verification of radome material and integration of 76 GHz to 81 GHz radars.

The high spatial resolution comes at the cost of having a larger spread in terms of incident angles. A typical radar sensor has a certain field of view, e.g. +/-10° for full-range (FRR) and +/-60° for short-range radars (SRR). Derived from material characterization techniques, the reflection parameters of radomes are mainly defined for perpendicular incident angles as these parameters can be measured using VNAs. The R&S QAR-K50 software option addresses this topic.

Comparing the results delivered by the R&S QAR to those measured with a standard vector network analyzer (VNA) and a quasi-optical (QO) setup, some deviations can be seen and explained with the larger aperture used by the R&S QAR.

This is where, according to Rohde & Schwarz, the R&S QAR-K50 software option comes into play. It automatically detects the highest reflection from the material sample and averages over the test region. The mean value for the reflection area is determined and shown to the user as the measurement result within less than seven seconds. This value matches very well the S11 and S22 reflection measurement results of a VNA.

The measurements made with VNA and QO setups during R&D can now be directly compared to the R&S QAR measurements. Still utilizing microwave imaging, but with a smaller antenna aperture, makes the setup less sensitive to positioning errors and more suitable for production environments compared to VNA setups. The R&S QAR-K50 software detects the correct measurement area by itself and provides optical feedback to the operator in case the positioning of the samples is slightly out of tolerance.

The R&S QAR-K50 software option for single-cluster measurements can be installed on all Windows 10 instruments with most recent firmware using keycode activation.