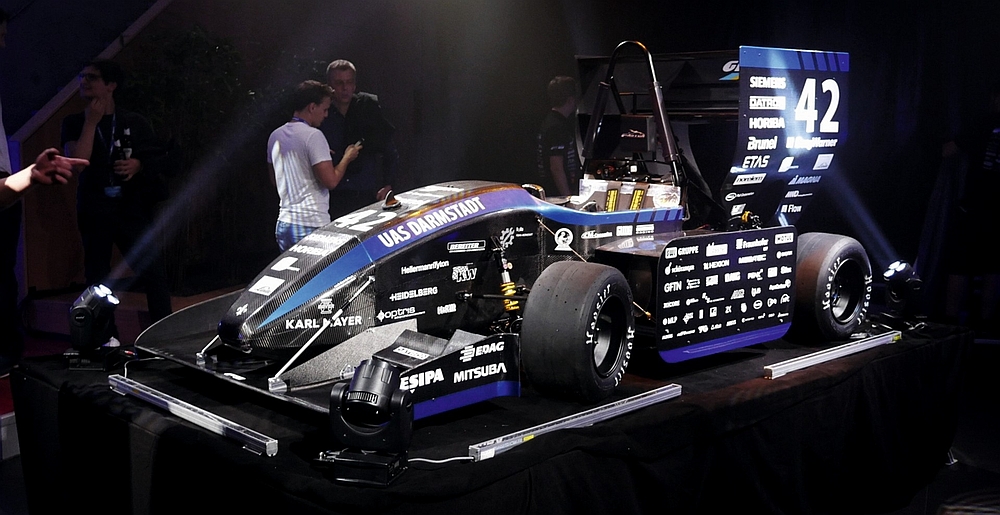 Formula Student is an event created in 1981 by the SAE (Society of Automotive Engineers). It is a student competition evaluating the design and production of a single-seater car. Student teams are judged on their design work as well as on their ability to produce a car that is efficient, reliable and can be mass-produced at low cost.

But before a race car enters the track, the control and power electronics units must be thoroughly tested. For this purpose, some teams participating in Formula Student racing in Europe will be able to use instruments from Rohde & Schwarz. They can request the loan of an instrument pack from the German manufacturer, who wants to help the students develop their race cars and benefit from their feedback on the test applications used.

Ten test instrument packs will be loaned. Five packs will include a benchtop oscilloscope and the other five packs a handheld oscilloscope. Each pack includes a power supply and the necessary accessories.

To qualify for the loan, European university teams must fill out a short online form by January 1, 2023. They must explain why they want to borrow the instruments and indicate what knowledge about testing their race car designs they will be able to share with Rohde & Schwarz.

The R&S RTM3000 oscilloscope has a bandwidth of 500 MHz, a memory depth of 80 Mpts and capabilities for triggering and decoding serial buses such as CAN. The R&S RT-ZHD016 probe can measure high voltages up to 1500 V in complete safety (1000 V CAT III). The R&S Scope Rider RTH1004 portable oscilloscope is battery-powered. It has a bandwidth of 500 MHz and supports various serial protocols. Its isolated inputs ensure safe measurements on power circuits. The R&S NGP824 (0 to 64V, 10A, 4 outputs 800W) and R&S NGM202 (0 to 20V, 6A, 2 outputs 120W) power supplies are specially designed to supply the devices under test.

If more than ten Formula Student teams in Europe apply, Rohde & Schwarz will select the teams that present the best arguments for their projects. To register a team for the Rohde & Schwarz Formula Student initiative, go to :
https://www.rohde-schwarz.com/products/test-and-measurement/oscilloscopes/promotion/formula_students_255211.html