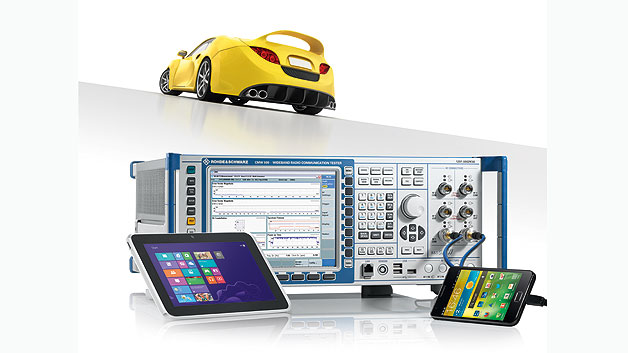 The transmitting and receiving antennas must be spatially separated from each other. The compactness of mobile devices such as smartphones makes this operation difficult. Due to their extreme compactness, these phones can only carry two transmitting and two receiving antennas. Transmission in MIMO mode can therefore only be carried out in 2×2 mode.

Rohde & Schwarz announces that its R&S CMW270 wireless communication tester now makes it possible to test the RF characteristics of WLAN 2×2 MIMO stations in accordance with the IEEE 802.11ax standard.

This tester is used to determine the RF characteristics of transmitters and receivers as well as the transmission and reception data rate.

In signaling mode, the R&S CMW270 tester emulates an 11ax WLAN access point (AP) to which the equipment under test, a WLAN station, is connected in normal mode. Unlike the commonly used non-signalling mode, it is possible to perform tests and measurements in signalling mode under realistic conditions without using a wired remote control solution using instrument-specific control software.