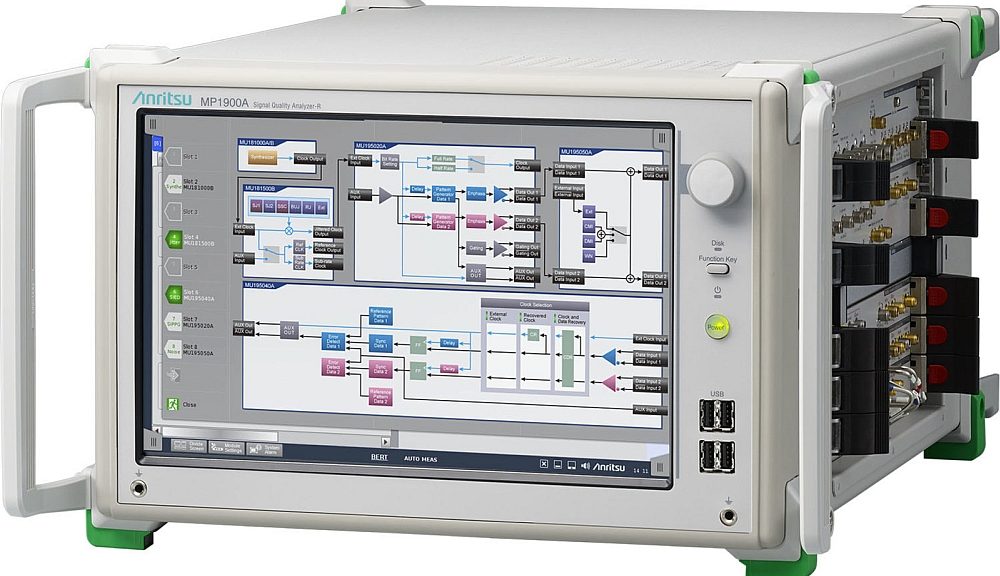 The spread of next generation 5G mobile communications and Internet of Things (IoT) devices is driving development of various new communications and IoT services that are massively increasing data volumes. To increase the speed of interfaces handling these large video and data files, smartphones, tablet PCs, and other digital devices are adopting USB Type-C connectors. These connectors are an extension of the USB 3.2 high-speed standard (10 Gbit/s x 2 lanes), which has now been extended again to USB4 offering doubled speeds of 20 Gbit/s x 2 lanes. USB4 compliance tests are being run in 2020.

Due to the 20-Gbit/s speed of USB4, the Electrical test places heavy emphasis on the Tr/Tf and intrinsic jitter performance of the test signal source because measurement-system noise and jitter cannot be ignored. Additionally, like previous USB tests, to assure accurate measurement of device receiver sensitivity, the test is performed by calibrating the test signal according to the minimum input performance defined by the receiver standards. Automation of the BERT and oscilloscope combination is necessary to minimize the workload of signal calibration and optimize test reproducibility.

The Signal Quality Analyzer-R MP1900A is a BERT supporting not only USB tests, but also receiver tests of high-speed computing and data communications interfaces, such as PCI Express, Thunderbolt, and 400 GbE/800 GbE.