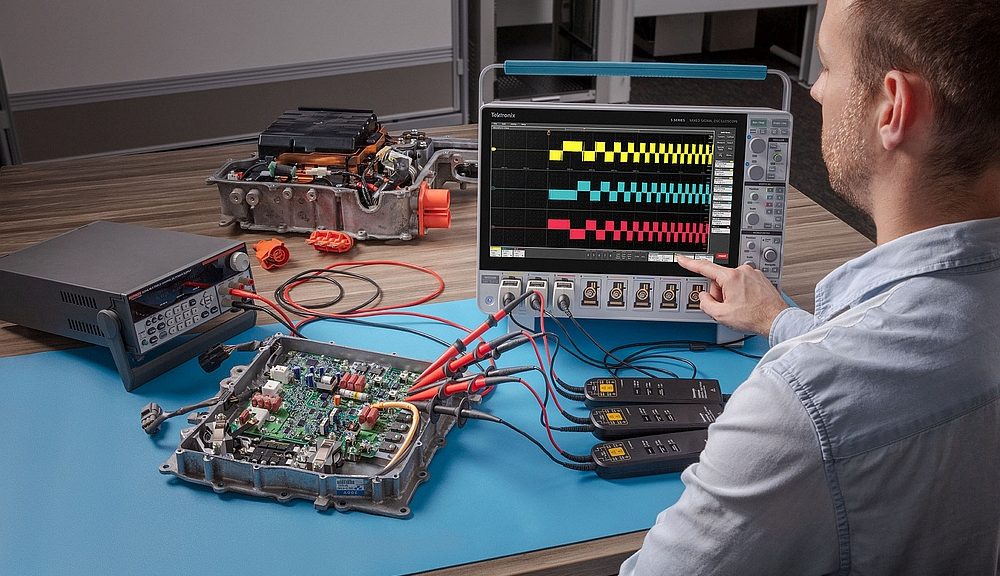 The B version of the 5 Series MSO incorporates several developments that meet the demands of their users. For example, it features a new auxiliary trigger input, which allows the oscilloscope to be synchronized with an external signal without engaging any of the 4, 6 or 8 universal input channels. The maximum output frequency of the instrument’s optional arbitrary function generator is increased from 50 MHz to 100 MHz.

To meet the needs of engineers who work and collaborate outside the lab, the new 5 Series B oscilloscopes offer new tools for offline analysis and cloud-based data storage. TekScope PC software allows analysis of oscilloscope waveform data anywhere, without having to access the instrument directly. Built-in controls on the oscilloscope allow waveforms to be saved to the TekDrive cloud storage platform at the touch of a button. This facilitates team collaboration anywhere in the world.

The oscilloscope leverages a faster processor that increases control responsiveness, and will enable more complex additional measurement analysis in the future.

The 5 Series B MSOs feature a new, brighter 15.6-inch touchscreen. They offer a history mode that leverages the 62.5 Mpts of memory as standard. This allows thousands of triggered events to be captured and reviewed. An SSD system ensures that all user data is stored on a removable drive.

Since the release of the Series 5 in 2017, Tektronix has released 16 firmware updates to the device. Each of these has added new features to the instrument and expanded its scope in areas such as serial protocol decoding, drive analysis, and RF spectrum analysis.

Main features of the MSO 5 B Series oscilloscopes