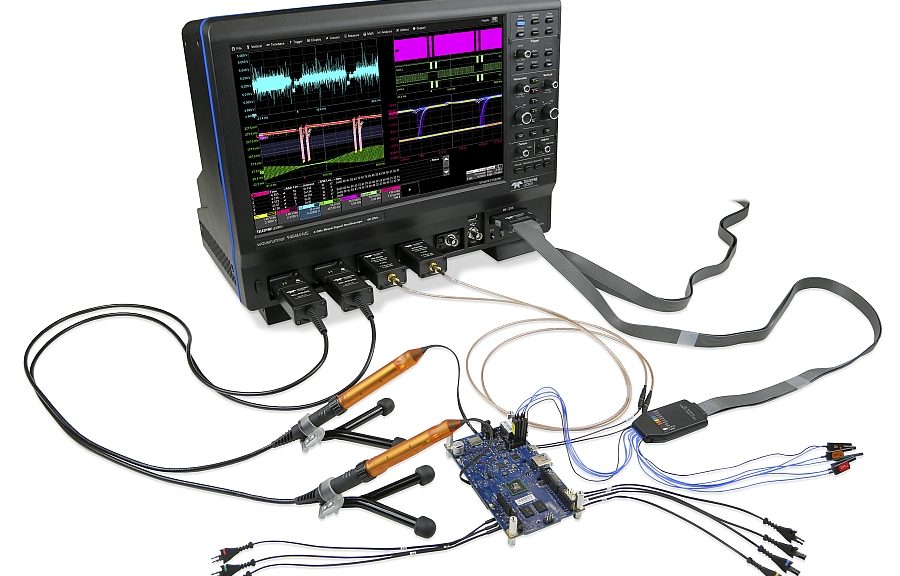 The WaveRunner 9000 series oscilloscopes, which offer a wide range of tools and applications for debugging and validating serial data buses, are designed for testing embedded systems, particularly in the automotive industry, as well as EMC/EMI applications.

According to their manufacturer Teledyne Lecroy, testing embedded computer systems with high-speed microprocessors requires oscilloscopes capable of acquiring mixed signals (analog and digital) with high bandwidth and advanced debugging and validation tools. However, companies that do not have the budgets to invest in oscilloscopes with the appropriate characteristics must make delicate compromises. “The WaveRunner 9000 series offers a wide range of tools with a large 15.4-inch display at a price that does not require engineers to sacrifice features or performance,” said Tyler Vox, vice president and general manager of the Oscilloscopes division.

For its WaveRunner 9000 oscilloscopes, Teledyne Lecroy offers a wide range of testing, debugging and validation tools. Its range of software packages for triggering and decoding serial data (TD) allows intuitive overlay of color-coded decoding. It is also possible to extract decoded data and view them simultaneously in analog mode, while performing bus synchronization measurements and creating eye diagrams for standard or customized mask tests. The software tools available target embedded system test applications as well as automotive applications, thanks to the automotive Ethernet bus validation and debugging kits used to perform 1000Base-T1 and 100Base-T1 compliance tests.

The WaveRunner 9000 oscilloscope is equally suitable for electromagnetic compatibility testing, according to Teledyne Lecroy, with a sampling rate of up to 40 GS/s and a gain accuracy of 1%. A spectral analysis mode allows harmonic peaks to be displayed via an interactive table and peak markers. In addition, parameter measurement tools for EMC pulses allow the measurements to be adapted to the EMC standards for the device under test.

The resolution of digitized signals can reach up to 11 bits by filtering. However, this requires some compromise in terms of accessible bandwidth. Each channel can be filtered individually. The filtered result shows the improvement in the number of effective bits at a given bandwidth.