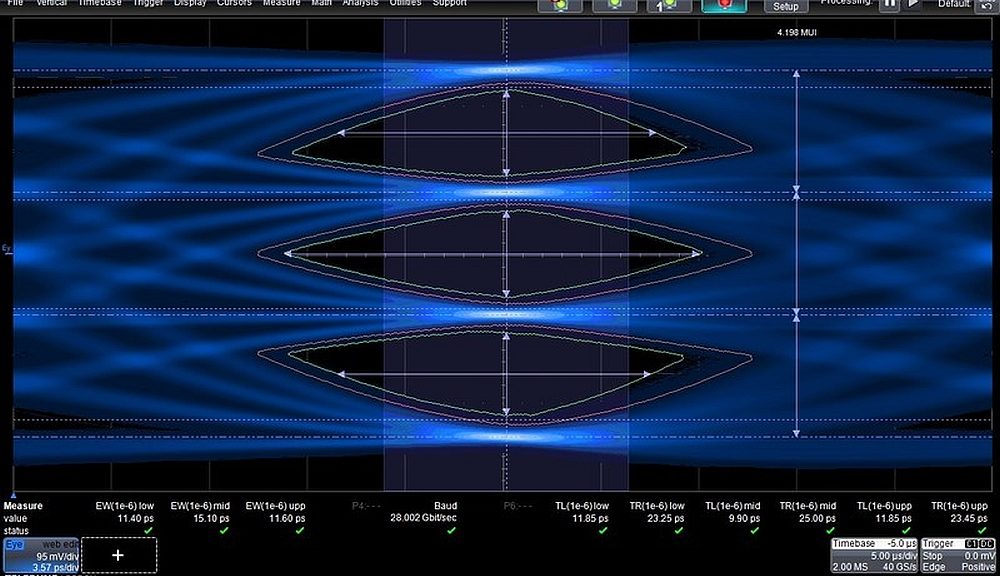 These interfaces are seeing rapid standardization by OIF and IEEE, defining a set of specific test requirements for designers and test engineers working in this ecosystem.

QPHY-56G-PAM4 will initially be available with transmitter test coverage for the OIF CEI-56G-VSR-PAM4 interface standard (both host- and module-output test points). Coverage will expand shortly to include –MR and –LR variants of OIF-CEI-56G-PAM4, as well as IEEE 802.3bs and 802.3cd Ethernet standards.

QualiPHY guides the user through each test setup with easy-to-follow connection diagrams, performs each measurement in accordance with the relevant test procedure, compares each measured value with the applicable specification limits, and fully documents all results.

QPHY-56G-PAM4 will be available on LabMaster 10Zi-A oscilloscopes (an instrument of at least 50 GHz bandwidth is required for compliance to some tests).