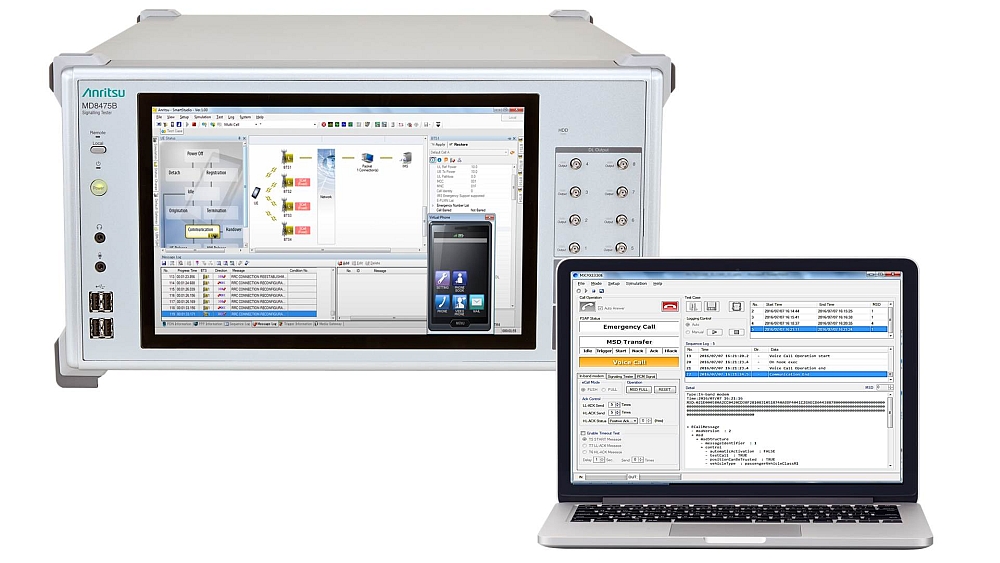 eCall in-vehicle systems (IVS) are mandatory on all new M1 and N1 vehicle models from 31 March 2018. European Commission Regulation 2017/79, which specifies detailed technical requirements and test procedures for this type of approval, requires the use of an emergency call centre simulator that complies with applicable EN standards and is certified according to EN 16454.

The eCall MX703330E software emulates the communication sequence between the vehicle’s on-board eCall system and the emergency call centre. The MD8475A/B network simulator operates as a virtual GSM/WCDMA base station. SmartStudio Manager MX847503A software automates the setup and procedure of MSD (Minimum Set of Data) communication tests and voice call tests required by EN16454, as well as other certification tests.

The MX703330E software is also compatible with the Russian ERA-GLONASS emergency call system.