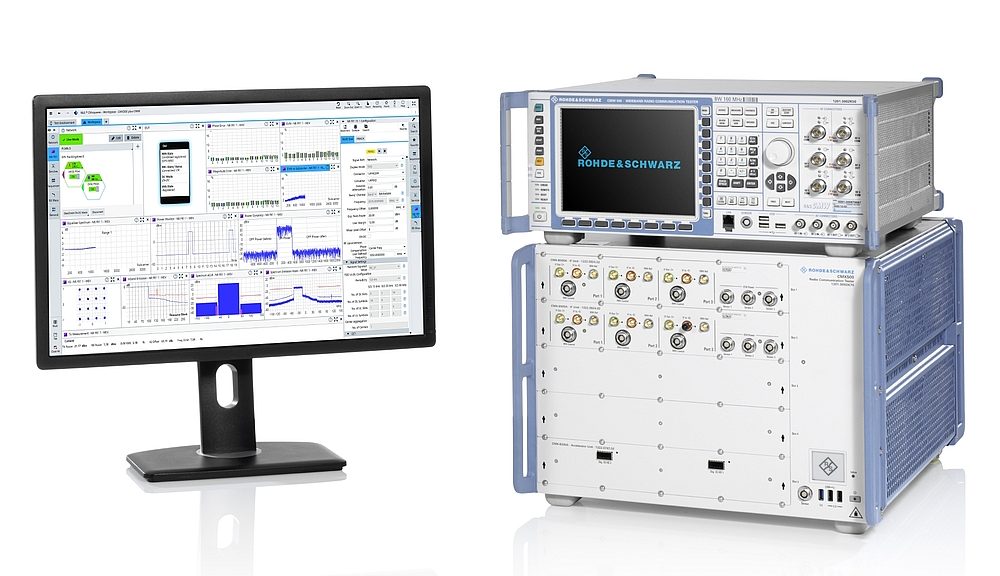 With the R&S CMX500 integrated in the Bluetest Flow control software, the solution provides an environment for measuring throughput as well as receiver sensitivity and output power on multicarrier devices with up to 4×4 MIMO.

Bluetest, based in Gothenburg, Sweden, specializes in reverberation chambers such as the RTS65 for efficient OTA performance evaluation of the device under test (DUT). Unlike anechoic test chambers, reverberation chambers reflect an RF signal inside the chamber to the greatest possible extent to create a Rayleigh faded multipath RF environment similar to real world indoor and city conditions.

The setup is run by the Bluetest Flow software, an integrated test environment for complex wireless solutions. It features characteristics such as an integrated result database, comprehensive customization options and a full-fledged scientific computing environment, and supports legacy as well as the latest wireless standards such as 5G NR.

The R&S CMX500 emulates the network in the test setup. It is a future-proof solution for 5G NR testing, allowing both non-standalone and standalone testing in FR1 and FR2. Featuring a modular design, the R&S CMX500 adds 5G capabilities to LTE based legacy solutions such as the R&S CMW500 wideband radio communication tester or the R&S CMWflexx platform.

Rohde & Schwarz and Bluetest have been cooperating for many years. The two companies worked earlier on integrating the R&S CMW500 tester into the Bluetest Flow software to support LTE, LTE-A and many other cellular and non-cellular wireless standards. This cooperation led to the next logical step – the integration of the R&S CMX500 for 5G NR FR1 measurements.