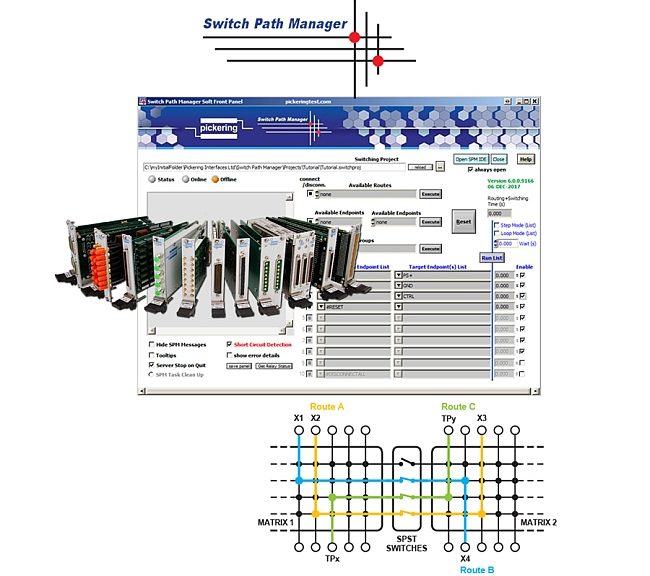 Switch Path Manager software is designed for signal routing in complex switching systems and for the development of the switching software application for test systems.

The two main updates for the version 6 of Switch Path Manager (SPM) :

Other features offered by SPM 6 :