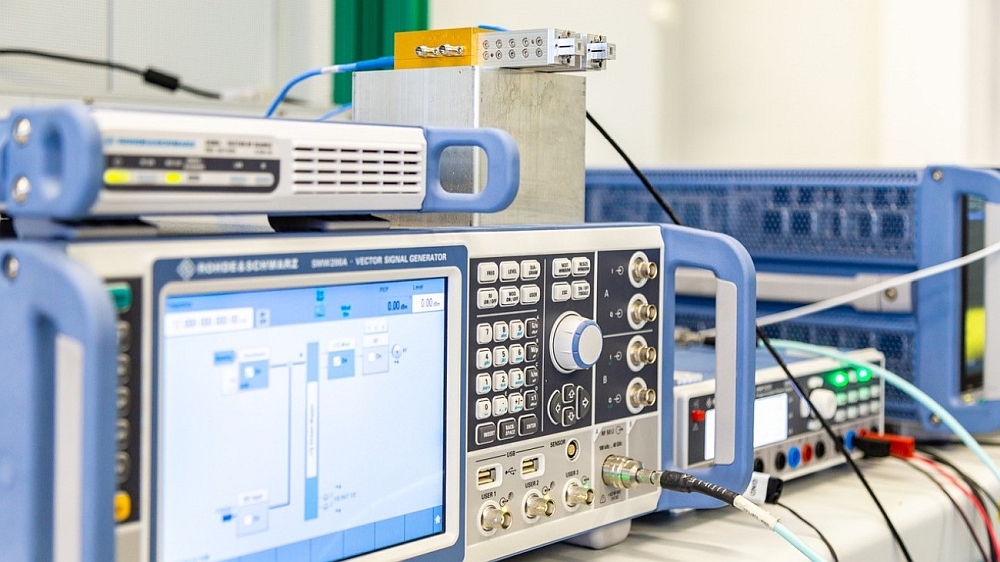 Although frequencies for 6G are not yet defined, it is already clear that frequency bandwidths need to be further increased in order to achieve terabit data rates. However, the large blocks of contiguous frequencies that can be used are at the sub-THz and THz level, i.e. in the frequency range above 100 GHz.

Rohde & Schwarz has designed with its partners at the Fraunhofer Institute a first demonstrator for the generation and analysis of signals at 300 GHz with a bandwidth of 2 GHz. The signal can be arbitrarily modulated to experiment with the transmission of candidate waveforms to technologies following 5G, which are appropriate for THz communication or for channel propagation measurements.

This solution was presented in Paris at the EuMW 2019 exhibition as part of a workshop on wireless communication in the field of mmWave and THz. It consists of 300 GHz transmitting/receiving interfaces, the R&S SMW200A vector signal generator and the R&S FSW43 signal and spectrum analyzer as well as transmitter/receiver synchronization units.

The Fraunhofer HHI (Heinrich Hertz Institute) participated in the development of signal processing, transmitter/receiver synchronization and system integration. The Fraunhofer Institute for Applied Solid State Physics IAF contributed to the design of the millimetre wave transmit and receive modules.  This shared research project targets frequencies above 100 GHz, where the primary focus is on the D-band (150 GHz) and the H-band (300 GHz). Carrier frequencies above 300 GHz are still the subject of fundamental research.