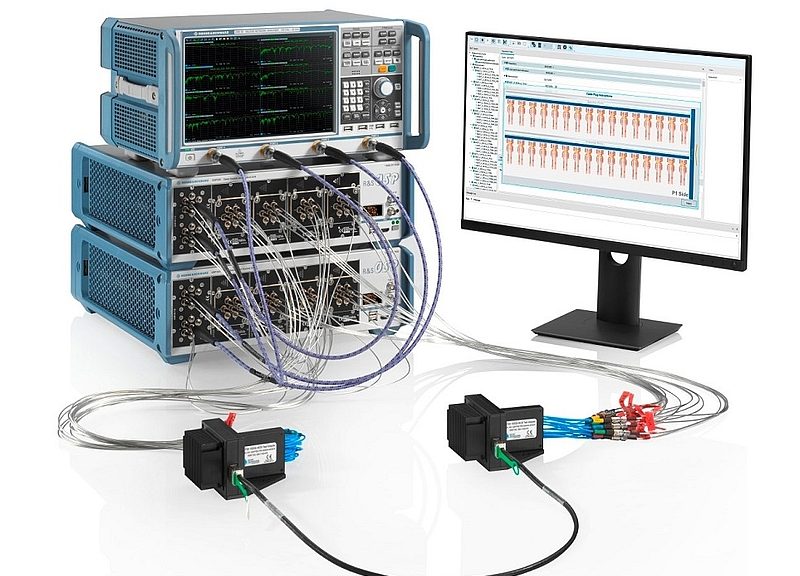 As the volume of data transferred via internet and the number of data centers across the world increase, proper testing of Ethernet cable assemblies becomes crucial. As direct attach copper (DAC) cables are the most economical solution for short data connections, they are widely used in high-speed networks and data centers. Installations include a huge number of these DAC cables, and their performance is vital for the whole system. IEEE 802.3bj and IEEE 802.3by cover data rates of 25 Gbps per lane, IEEE 802.3cd goes up to 50 Gbps per lane. The latest IEEE 802.3ck standard further doubles the data rate to 100 Gbps per lane, enabling cable assembly configurations of 100GBASE-CR1, 200GBASE-CR2, 400GBASE-CR4 and 800GBASE-CR8.

Two new options for the R&S ZNrun vector network analyzer automation suite are designed for automatic testing of cable assemblies according to IEEE 802.3bj, by and cd. The solution includes the automation of the measurement, postprocessing of Channel Operating Margin (COM) and Effective Return Loss (ERL) results, Pass/Fail and margin analysis and the generation of the test report. The R&S ZNrun-K411 is already prepared for testing cable assemblies according to the IEEE 802.3ck Ethernet standard, which will reach data rates of 800 Gbps for 800GBASE-CR8 configurations.

The test setups are based on the corresponding vector network analyzer such as the R&S ZNA or R&S ZNB. To reduce the handling effort for the user, the R&S OSP open switch and control platform is supported to provide an economic multiport solution. The whole setup is controlled by the R&S ZNrun vector network analyzer automation suite with the compliance options R&S ZNrun-K410 or -K411, automating the complete test sequence, data collection, postprocessing and test report generation.