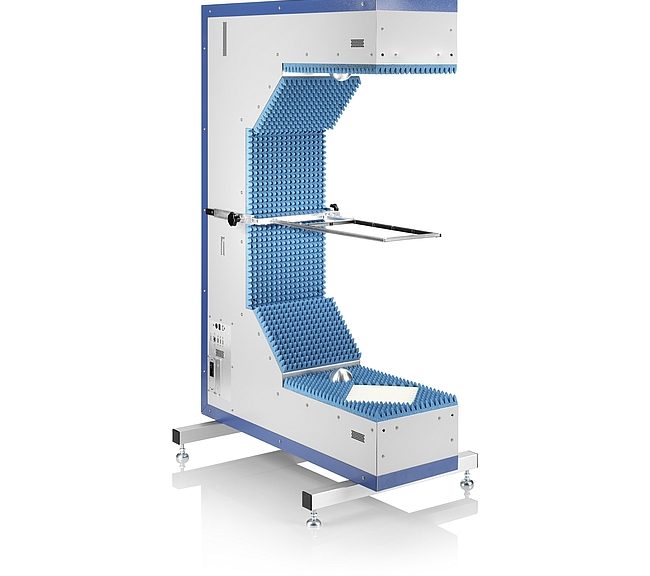 Advanced driver assistance functions require automotive radar sensors. For design reasons, these are usually installed behind bumpers or emblems. As experience with the R&S QAR has shown, radome quality is strongly dependent on the transmission loss, reflectivity and homogeneity of the components under test.

The R&S QAR and R&S QAR50 use microwave imaging, which has, according to Rohde & Schwarz, numerous advantages compared to conventional, unfocused single-point measurements. Particularly in production, simple and reliable operation and short cycle times are crucial. The interface of the R&S QAR50 aims to simplifie measurements in the automotive radar frequency band – even for users without detailed RF knowledge. Numerous optimizations allow measurement times well below five seconds, significantly reducing cycle times in production.

The imaging method also provides information on whether the components under test are properly positioned. While single-point measurements only display the frequency response of reflectivity for a specific point, the tester also displays the spatial distribution of reflectivity. Tracking the point of maximum reflection provides information on component positioning. Since this method allows the transmit and receive antennas to be far apart without affecting the measurement results, the R&S QAR50 offers significantly more space for clamping and unclamping the components to be measured. The clearance height of around 100 cm between the antenna clusters minimizes the mechanical effort required to position the components. This eliminates the need for robot positioners and carriages, and the enclosures required for occupational safety can be significantly smaller.

The modular software concept allows the R&S QAR50 to be cost-effectively adapted to the specific requirements of the vehicle manufacturer. Depending on the software configuration, complete limit tests for transmission loss, transmission phase, homogeneity and reflectivity can be performed in the frequency and spatial domains. All software options can also be purchased later, ensuring the long-term usability of the R&S QAR50 in end-of-line (EOL) deployment.