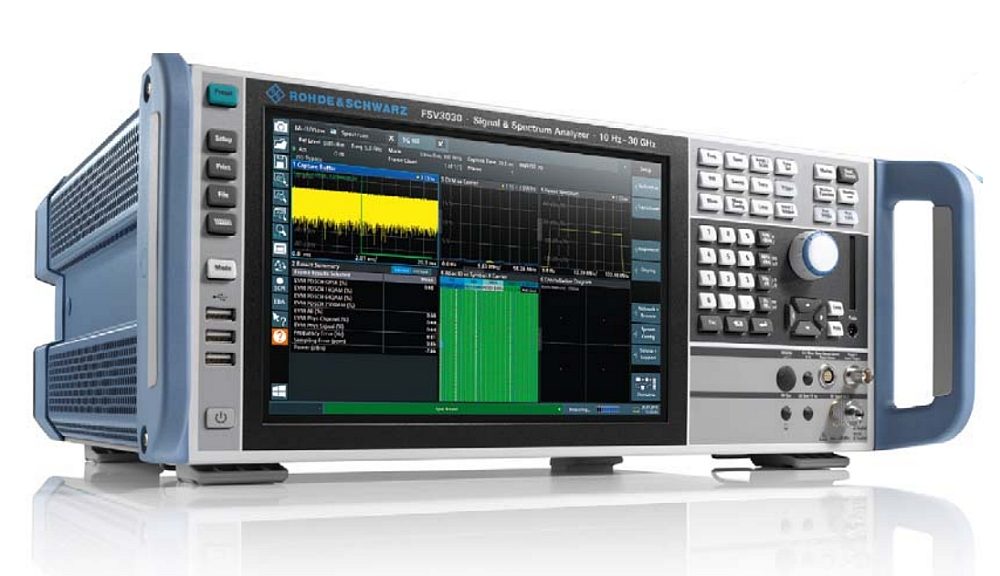 The performance of these new models falls between that of the FPL1000 series spectrum analyzers and the high-end FSW family. All these instruments share the same multitouch touch user interface.

The FSV3000 and FSVA3000 spectrum analyzers offer a 28 MHz modulation band as standard, which reaches 200MHz and 400 MHz respectively in option. The analysis band offered by the FSVA3000 is therefore twice as large as its predecessor, the FSVA, which had a ceiling of 160 MHz.

“Thus, with their maximum frequency band of 44 GHz and analysis bandwidth of up to 400 MHz, FSVA3000 analyzers are ideal for testing applications in 5G telecommunications equipment that are expected to reach the market soon. At that time, these applications were only available for the high performance models of the FSW series,” observes Frédéric Molina of Rohde & Schwarz.

In addition to the 3D histogram display mode, to facilitate the development of test programs, the user’s manual commands on the instrument are directly translated into SCPI commands and can be exported to SCPI format or into the syntax of programming languages such as C++, Python or Matlab.

When these spectrum analyzers are used with the German manufacturer’s VSG generators, both instruments can be controlled from a single interface and the SCPI commands of the automatic test application are recorded simultaneously.