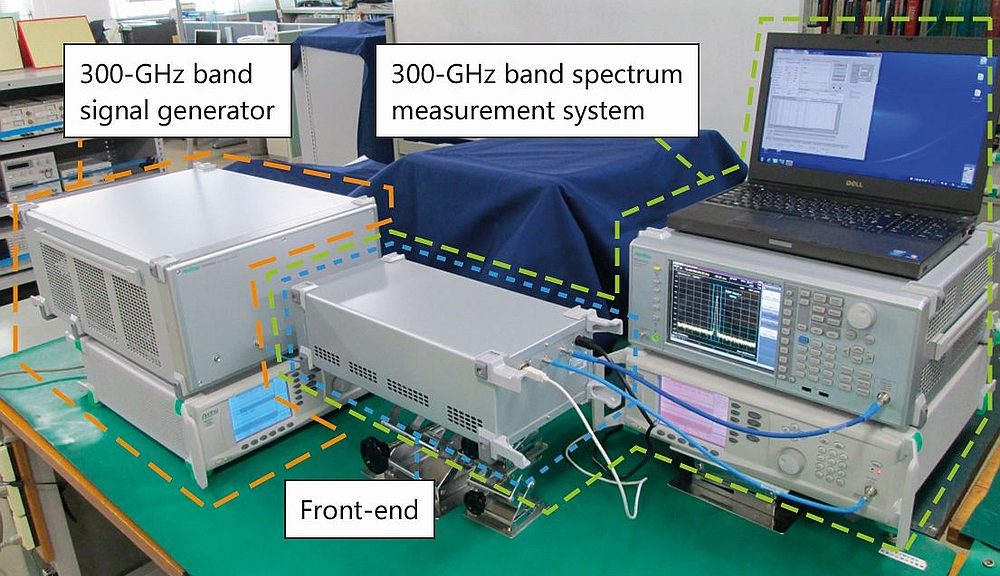 Wireless network operators – and indeed users – have always been acutely aware of restrictions in bandwidth for channel capacity (Hz) and of the increasingly crowded radio spectrum. It wasn’t so long ago that 3G with its 2100MHz band was considered adequate but that soon gave way to 4G (800MHz and 2600MHz). As we know, 4G has been superseded by 5G with wave bands of 24GHz-29GHz and 37GHz-43GHz and 5G is the network technology that many are still making the transition towards.

As industry (and the public) make this switch, it’s already clear that spectrum space is becoming seriously limited. So we need to go further – we need to look to 6G.

It’s worth noting as an aside that it isn’t just space that’s the problem, the other crucial factor in wireless network technology is coverage. Sub-1GHz networks provide decent coverage but 5G with satellite communications (non-terrestrial networks) can deliver much better coverage, particularly in areas that are traditionally hard to reach. However, it’s fair to say that the move towards 6G is not driven by coverage requirements, that role belongs almost entirely to bandwidth issues.

In simple terms, if we seek to find 100MHz of free spectrum space to use then at the 1GHz band this is very demanding (10% of the available spectrum) whereas at 100GHz it is much easier, requiring just 0.1% of the available spectrum. This would seem a straightforward solution then – moving to higher operating frequencies makes it increasingly easier to find new bandwidth. Unfortunately not. The problem is that basic physics in terms of radio wave propagation starts to work against us as we try to move towards higher frequencies.

This issue isn’t new – it has been known about since 1948 when Claude Shannon published a paper on the principles of information theory and error coding. His work looked at maximum data capacity over a communications medium in the presence of noise and he found that a 10-fold increase in channel bandwidth would increase channel capacity by the same ratio but a 10-fold increase in the signal to noise ratio (SNR) would only lead to a doubling in capacity. This doesn’t mean, however, that we can dismiss SNR as a factor because by optimising SNR we can help to maximise the available channel capacity for any given bandwidth.

In recent times, a great deal of research has been carried out into how to get around the problem of adopting higher and higher frequencies, in particular what needs to be done if we are to move successfully beyond 5G. The proposed solution being talked about now involves the use of “Terahertz (THz) technology”.

To get access to the benefits that 6G can offer it is important to minimise the factors that can reduce the power density (path loss) of electromagnetic waves. Experience shows that the path loss of radiation from an isotropic antenna increases proportionally as operating frequency levels rise, so a 10-fold increase in frequency leads to a 100-fold growth in losses. This issue can mostly be overcome by having a large airborne (Rx) antenna with controlled alignment between its beams and those from a ground-based (Tx) antenna to complete a reliable radio link. Using higher frequencies can also produce atmospheric attenuation loss caused by particles as small as raindrops and dust, even such molecular structures as those found in H2O and CO2. As we move from 10GHz to 1THz, attenuation increases but there are particularly good propagation levels at 35GHz, 94GHz, 140GHz, 220GHz and 360GHz. The first of these is where current 5G activity takes place while the following three tend to be used for satellite weather monitoring or military and imaging radars. The final band of 360GHz has been looked at for the implementation of 6G.

Another option being considered by researchers is the use of ‘virtual’ channels between transmitter and receiver. The theory goes that instead of restricting ourselves to the physical constraints of channel bandwidth, we can create virtual channels using MIMO (multiple input multiple output) technology. Already used in 3G, 4G and 5G, MIMO uses multiple antennae at both transmit and receive sides to take advantage of path differences between Tx and Rx antennae to generate separate channels. Going further, ‘massive MIMO’ uses many more Tx antennae than Rx antennae to provide MIMO-enhanced links to multiple devices simultaneously, increasing capacity of a cell substantially.

However, there are issues here when operating at THz bands because computational complexity can become extremely high, affecting the performance gains offered by MIMO. For 6G, researchers have looked at creating new algorithms that use artificial intelligence (AI) and machine learning (ML) because their computational power can produce higher levels of capacity which in turn can deliver higher MIMO gain and enable MIMO to be used at Terahertz frequencies.

Yet another aspect being considered for future 6G networks is the use of meta-materials – artificial electromagnetic media on the sub-wavelength scale – which can help to manage and control the reflection of signals and so create an ‘engineered’ channel path. These channels could then be adjusted to provide optimal reflection of signal for a direct path between Tx and Rx. Researchers have found that while a limited bandwidth approach involves very high SNR, high modulation schemes and 4×4 MIMO, the wider THz bandwidth can offer much higher data rates with only low SNR and no MIMO.

When moving to THz technology using massive antenna arrays, beam forming and beam management are crucial. High-power directional beams generated by multiple transmitters can help to compensate for path loss by producing higher output than a single transmitter but this combined power must then be turned into a powerful, narrow and high-gain beam that is capable of reaching the receiver.

Optimal beam forming can ensure high dynamic range and high flexibility at reasonable cost and levels of energy consumption but higher frequency communication links need to be protected from any scattering and diffraction of the signal. Effective beam management means these narrow beams can be aligned and maintained as users move around the network. Currently, 5G beam management uses a system of reference signals and user equipment (UE) measurements and can result in substantial overheads in terms of channel capacity. If we are to move towards 6G effectively, more research needs to be done into developing more advanced beam management technology.

In wireless communications using higher frequency Terahertz bands, there are also challenges of ensuring accurate measurements, which means that the radio frequency (RF) performance of test equipment needs to be at an extremely high level. As new semiconductor compounds and processes are developed, semiconductor wafers need to be characterised to ensure device behaviour can be fed accurately into simulations and design tools. The reliability of these measurements is essential for good design and modelling of device behaviour when designing Terahertz band devices. The latest generation of vector network analysers (VNAs) can offer the very highest level of measurement confidence with their ability to characterise 70KHz to 220GHz in a single sweep. New broadband VNA architectures are currently being looked into – as well as new 300GHz spectrum analyser technology – to ensure the best cost-performance ratios in these higher frequency bands and higher bandwidth test environments.

However, we have seen that next-generation communications networks are held back by existing technology and other physical restrictions. The only way to move forward is to accelerate research programmes that investigate and evaluate the viability of higher frequency bands – particularly in the region of 100GHz-400GHz.

The most important area of all is the ‘Terahertz gap’ which spans the 100GHz to 10THz range and where the cross-over between optical/photonics and RF/electronics technologies takes place.

As well as the areas already mentioned, more evaluation needs to be carried out into candidate access schemes such as orthogonal frequency-division multiple access (OFDMA). More work must also be done on error coding schemes to improve efficiency and overcome SNR limitations and on device and semiconductor technology to ensure lower shot noise and high corner frequency (fc), as well as lower phase noise oscillators. Other issues include semiconductor and packaging technology to deliver lower loss transmit modules, higher power efficiency and high output power at the higher frequency bands. Finally, we need to see developments in technology and packaging for integrated antenna systems suitable for cell site and UE deployment.

All around the world, there are research teams and organisations that are currently dedicating vital resources to analysing all of these options and challenges to move beyond 5G and on to 6G technology. Results from this research will help to inform the standards making processes via such standards developing operations as 3GPP as well as the selection of relevant technologies and waveforms.

Of course, developing technologically advanced solutions is only part of the task that lies ahead. These solutions need to go beyond the theoretical and must represent practical and affordable means of embracing 6G. They must be commercially viable and easy to implement so that end-users and industries alike can arm themselves with the tools they require to negotiate and take advantage of next-generation communications technology.