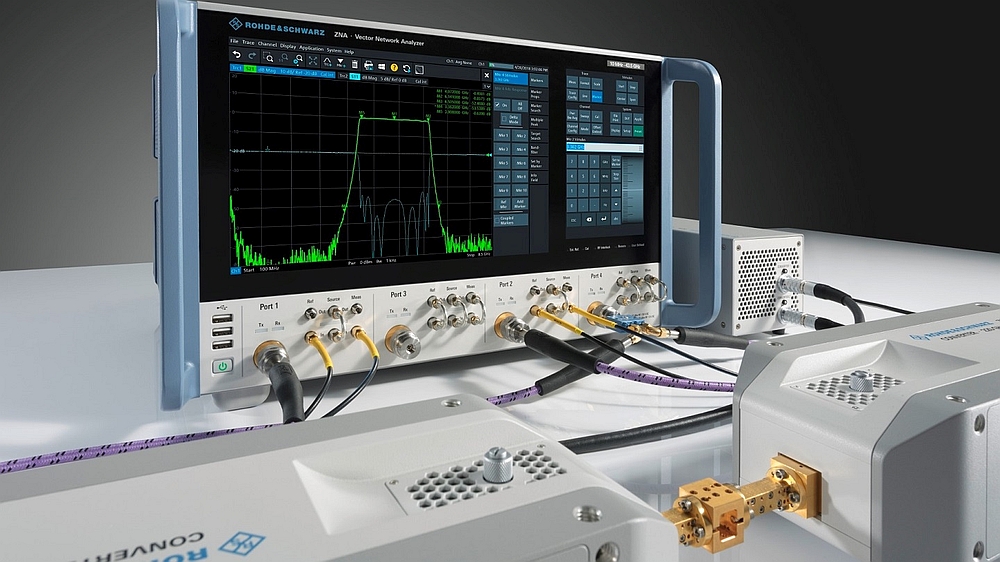 In 2020, the University of Texas at Austin (UT Austin) published research results on a new RF switch technology based on hexagonal boron nitrite (hBN). The technology is energy efficient and allows higher bandwidths and speeds, making it ideal for 5G. In a recent follow-up project, Rohde & Schwarz and FormFactor have supported the academic institution in further research. Now, the RF switch technology was characterized at sub-THz frequency ranges, in particular at the D-band (110 to 170 GHz), used for applications beyond 5G and future 6G.

RF switches are used in all forms of transceivers. For example, current 4G and 5G smartphones switch between transmit and receive mode or between different frequency bands, networks, and technologies. Today’s switches need to operate constantly to change between the various states and therefore consume a lot of power, affecting the battery lifetime of the device. The new technology discovered at UT Austin stays off power until required to switch to a different state, making it up to 50 times more energy-efficient.

“By using the test and measurement solutions from Rohde & Schwarz and FormFactor our team was able to further characterize this new technology at the D-band, which is a frequency band of global interest for future 6G applications. The equipment was configured in an easy-to-use setup that provided reliable measurement results”, said Professor Deji Akinwande, from the Cockrell School of Engineering’s Department of Electrical and Computer Engineering at UT Austin, leads the team that carried out the research.

The test setup consisted of a 4-port R&S ZNA43 vector network analyzer from Rohde & Schwarz connected to R&S ZC170 frequency extenders that allow to carry out S-parameter and intermodulation distortion (IMD) measurements at frequencies between 110 and 170 GHz. With dedicated IF inputs on the rear of the R&S ZNA43 for reference and measurement signals as well as the necessary high-power LO signal for the two converters, the VNA’s front-panel ports typically used for these signals remain available for additional measurements up to 43 GHz – without the need to re-calibrate the instrument. The converters were used within FormFactor’s Cascade Summit 12000 probe station, mounted to the mm-wave/THz positioning system. FormFactor’s WinCal XE software tool allowed an easy calibration of the entire test setup.