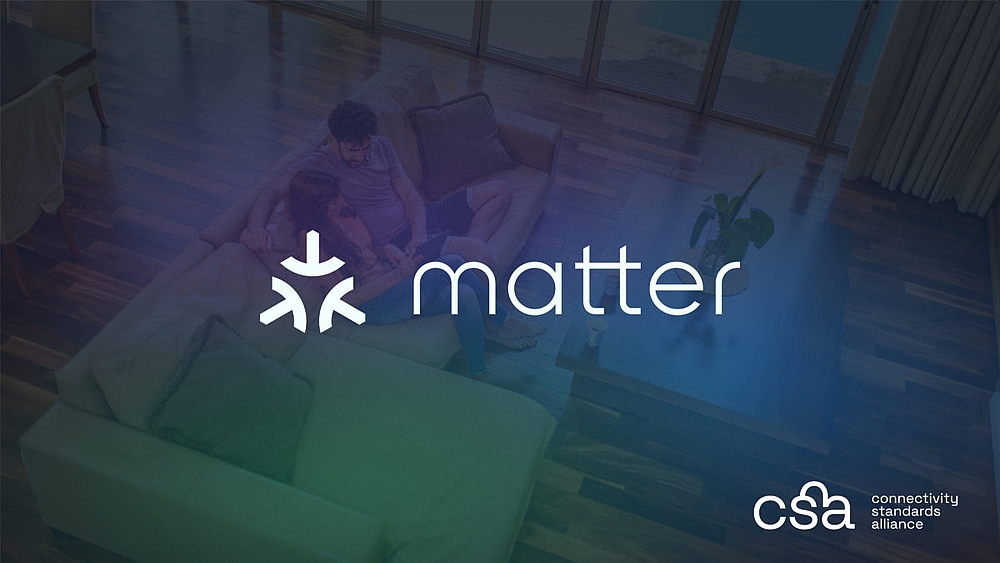 The Zigbee Alliance was renamed in May 2021 as the Connectivity Standards Alliance (CSA) to move away from its focus on the single wireless communication protocol of the same name. At the same time, its CHIP (Connected Home over IP) project has been renamed Matter with the objective of promoting the use of smart connected objects by focusing on their reliability, security and compatibility.

Matter’s goal is to enable devices from different brands to communicate using a unified application layer based on proven technologies.

Matter’s ambition is to accelerate the development of connected objects by guaranteeing interoperability and ease of use for users. Users can now mix and match products from different ecosystems.

Matter technology is an application layer, with no transport layer attached, and is designed for universal use. It requires an IP (Internet Protocol) compliant transport layer: Ethernet, WiFi, PoE (Power over Ethernet). It is compatible with IPv6 and includes the BLE (Bluetooth Low Energy) protocol.

On Thursday, November 3, 2022, at a launch event in Amsterdam, CSA consortium members showcased Matter-enabled products such as blinds, occupancy sensors, weather stations, smart plugs, door locks, lighting systems, etc. Since the standard specification was published, 190 products have been certified or are in the testing and certification phase.

The spectrum of devices supporting the Matter protocol is expected to further expand to include cameras, home appliances, energy management systems, locking equipment (such as doors and gates), environmental quality sensors and monitors, smoke and carbon monoxide detectors, and motion and presence detectors.