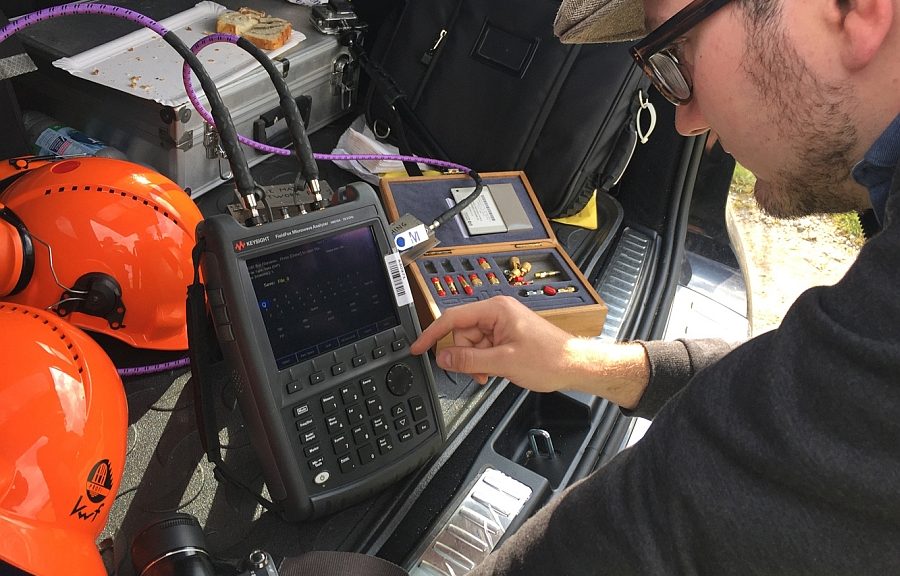 Keysight’s FieldFox portable radio frequency signal analyzer was used to evaluate the impedance of Radar for Icy Moons Exploration Antenna (RIME). RIME is one of the ten scientific equipments for the space probe (JUICE) to be launched in 2022 by the European Space Agency.

In September 2017, RIME system design engineers conducted phase alignment and orientation tests on the RIME antenna in Heiligenberg, Germany. They also evaluated two radar antennas, one in aluminium and the other in carbon fibre reinforced polymer (CFRP), which will be used on the spacecraft. The antennas were housed in an enclosure the size of a satellite. The enclosure was lifted 300 meters in the air by helicopter to ensure low-RF coupling to the ground. 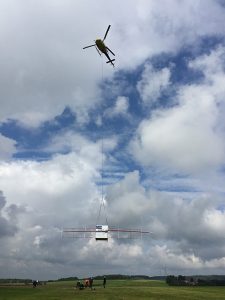 The Keysight FieldFox Analyzer was used in remote mode to measure the S-parameter characteristics of the in-flight antenna while it was rotating more than 180 degrees while the helicopter manoeuvred the model of the spacecraft. The test data was retrieved from a ground base station via a wireless link between FieldFox and the ground base station.

By measuring the characteristics of this radar antenna, ESA and Airbus engineers can correlate the simulation data with the real test data.

This test will make it possible to understand the real behaviour of the antenna in order to carry out very precise measurements of the radar echoes reflected from the deep subsurface of the Jovian icy moons.

Jupiter Icy Moon Explorer or JUICE is a European Space Agency space mission to be launched in 2022 towards the moons of Jupiter by an Ariane 5 rocket. This space probe is to be studied by flying over three of Jupiter’s icy moons (Callisto, Europe and Ganymede) several times before orbiting in 2032 around the latter for a more in-depth study to be completed in 2033. To reach the Jovian system, the spacecraft will use four times the gravitational assistance of Earth and Venus. The spacecraft with a mass of about 5 tons carries solar panels to produce its energy. It carries about 100 kilograms of scientific instrumentation including a radar, magnetometer, spectrometers and cameras.

The Keysight’s FieldFox family provides a choice of 22 combination and spectrum analyzer models with frequency coverage from DC to 50 GHz and users can configure models to include spectrum analyzer, VNA, CAT, RTSA and more. All models offer benchtop precision and are MIL-Class 2 rugged.