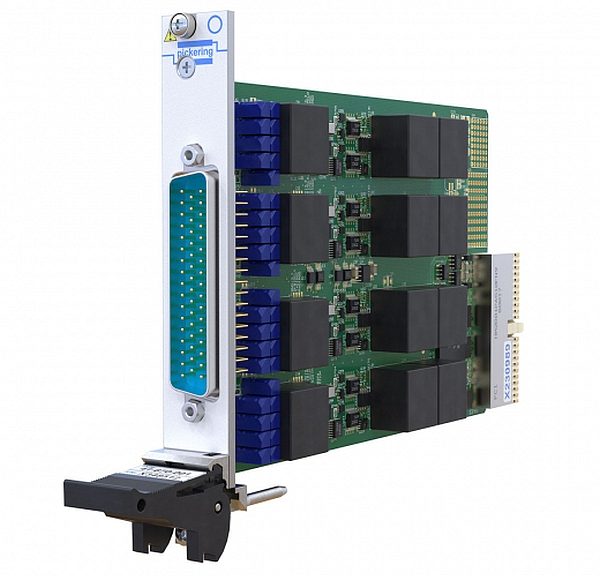 “The 41-670 card stands out for its versatility compared to competitive products that are typically limited to a single function. Several products can be replaced by a single module that occupies a single PXI slot,” says Paul Bovingdon, Simulation Product Manager at Pickering Interfaces.

This board family is available in seven models supporting excitation voltages from 0.25 VRMS to 38 VRMS and frequencies from 300 Hz to 20 kHz.

The phase relationship between the input and output signals is automatically adjusted to delay one cycle, so that the phase delay can be cancelled. When this is not acceptable, one of the outputs can be used to propagate the resulting input signal into a signal in phase with the output, which can then be used for demodulation. With the addition of integrated relays, the 41-670 board can also provide closed or open circuits for the inputs and outputs of each channel, reducing the need for external switching for fault insertion requirements. The programmable phase delay can also be used to simulate imperfect sensors and wiring, artificially compensating for single or multiple outputs.

The module also integrates input and output isolation transformers. It is capable of measuring and displaying each input frequency and amplitude. A version in PXIe format is also available upon request.