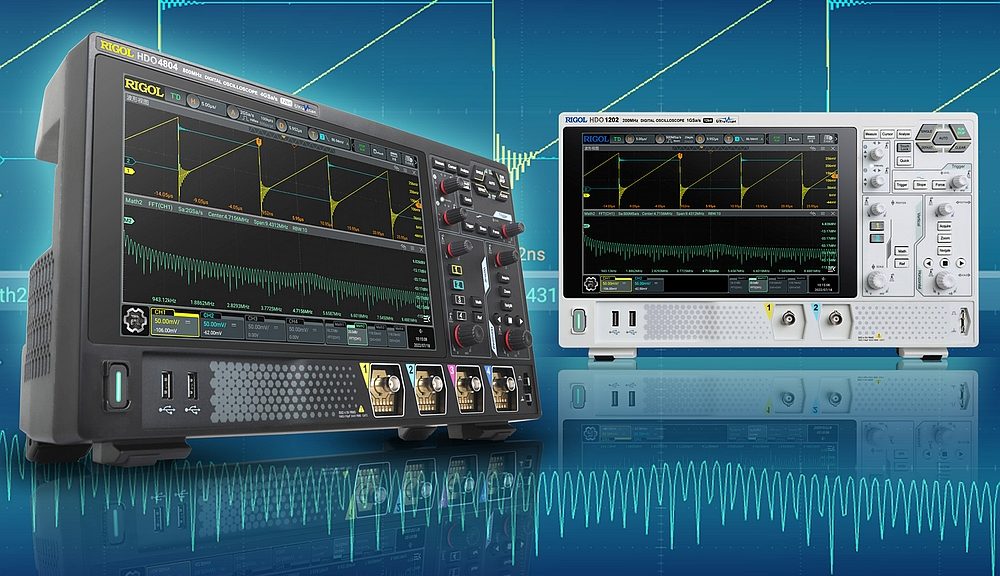 The analog/digital conversion of the signals is done with a vertical resolution of 12-bits. A high resolution processing mode allowing up to 16-bit resolution can also be activated on both families of oscilloscopes.

The “Ultra Acquire” analysis mode offers a refresh rate of 1,500 million waveforms per second, making it easy to capture brief or sporadic events.

The HDO4000 series oscilloscopes can integrate a standard 18650 battery to perform measurements without being connected to the mains.

These scopes with voltmeter and frequency counter are equipped with several interfaces: USB3.0-Host, USB3.0-Device, HDMI, LAN (10/100/1000 Base-T) and AUX OUT.

A selection of accessories, such as active and passive probes, high voltage probes (differential/unipolar), various current clamps (up to 500 A) as well as a 19″ installation frame are available as well as software drivers and a web-based tool for remote control via LAN.

Expansion of the bandwidth or memory depth can be done by a software upgrade.