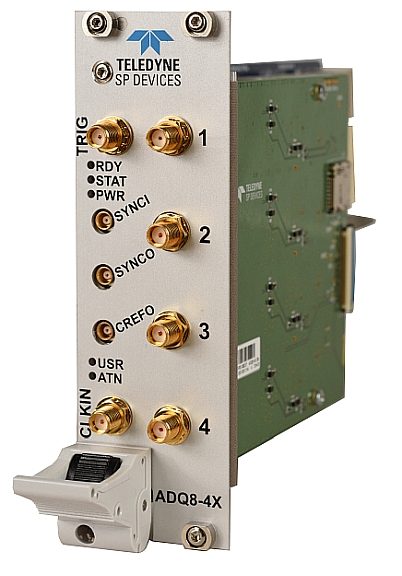 This board in PXI format, which embeds an FPGA circuit open to user programming, differs from the ADQ8-8C model previously announced by the manufacturer by offering a higher sampling rate and a software-selectable two- or four-channel operating mode.

Its programmable analog front end provides versatility of operation and the ability to use it with a variety of detectors in physical research or other industrial applications.

Digitized data can be transferred to the host PC at a rate of 2.6 GB/sec.

The Software Development Kit (SDK) supplied with the board contains application programming interfaces (APIs) and drivers for C/C++, Python, etc. It also includes the Digitizer Studio software which allows the configuration and control of the card as well as the realization of measurements and mathematical processing and the display of the acquisitions.