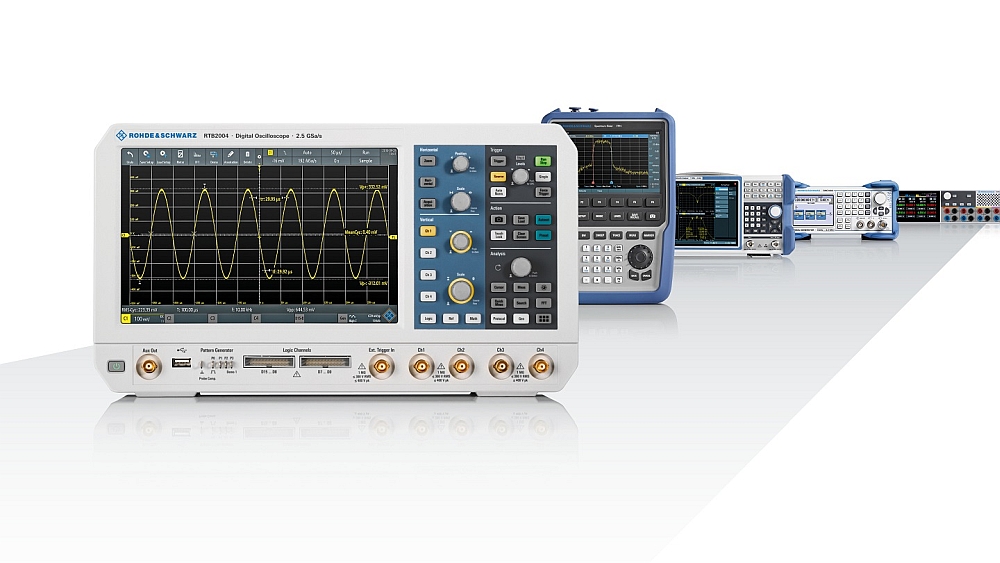 # Pack ”Oscilloscopes”
The entry-level oscilloscopes from Rohde & Schwarz integrate a logic analyzer, a protocol analyzer, a waveform and pattern generator and a voltmeter in the same instrument. The oscilloscopes of the R&S RTB2000, R&S RTM3000 and R&S RTA4000 families feature an analog-to-digital (A/D) converter with 10-bit resolution and a 10.1-inch touch screen.

# Pack ”Spectrum and vector network analyzers”
The entry-level spectrum analyzers from Rohde & Schwarz are distinguished in particular by their scalability via a key code upgrade, their large high-resolution display and their remote control software options. The R&S FPL1000 is the latest addition to the instrument selection in this new promotional offer. This instrument combines several measurement functions in a single instrument: spectrum analysis, high-precision power measurements with the appropriate probes, analysis of analog and digital modulated signals, etc.

In addition, the R&S Spectrum Rider FPH and R&S Cable Rider ZPH portable analyzers, respectively for spectrum analysis and measurements of cables and antennas, are available as part of the promotional offer.

# Pack ”DC power supplies and power analyzers”.
Rohde & Schwarz’s various power supply ranges cover a wide variety of applications from classical use in development laboratories and universities to deployment in production. Users can take advantage of power supplies with one to four channels delivering a maximum power output of 100 W to 800 W.

In particular, the new R&S NGP800 series DC power supplies with touch screen display offer an output power of up to 800 W with a maximum voltage of up to 64 V per channel and a maximum output current of up to 20 A per channel. They can be operated in parallel and in series.