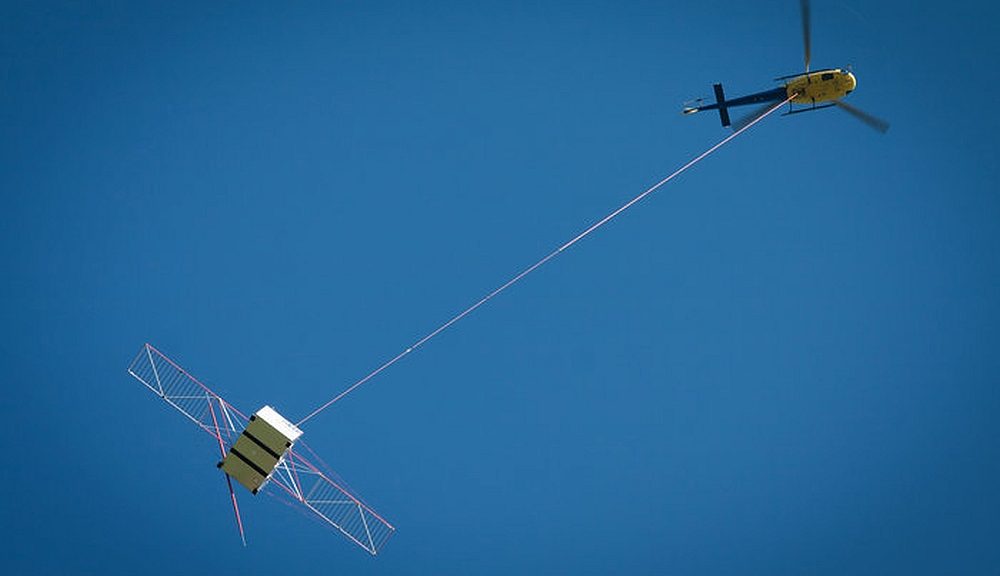 Jupiter Icy Moon Explorer or JUICE is a European Space Agency space mission to be launched in 2022 towards the moons of Jupiter by an Ariane 5 rocket. This space probe is to be studied by flying over three of Jupiter’s icy moons (Callisto, Europe and Ganymede) several times before orbiting in 2032 around the latter for a more in-depth study to be completed in 2033. To reach the Jovian system, the spacecraft will use four times the gravitational assistance of Earth and Venus. The spacecraft with a mass of about 5 tons carries solar panels to produce its energy. It carries about 100 kilograms of scientific instrumentation including a radar, magnetometer, spectrometers and cameras.

The radar for icy moons exploration (RIME) antenna will play a key role in the expedition. It is designed for the frequency range from 7.5 MHz to 10.5 MHz. This low frequency is needed to penetrate the surface of Jupiter’s moons up to nine kilometers deep with vertical resolution of up to 30 m. The RIME antenna was recently subjected to a series of tests to verify its simulation data and measure its radiation pattern under conditions similar to those on board the probe.

Rohde & Schwarz provided two R&S ESR EMI test receivers to measure the antenna’s radiation pattern during these tests. Uwe Körber of the Test and Measurement Division’s sales team at Rohde & Schwarz explains, “When we analyzed the measurement task, it quickly became clear that a basic spectrum analyzer wouldn’t deliver the required performance and we needed to bring in a realtime spectrum analyzer. Due to the unknown environmental conditions of the measurements, we decided to use two R&S ESR analyzers because they have an additional preselection feature.”

The tests were carried out at an airfield near the Airbus facility in Friedrichshafen, Germany, where the test crew assessed the RIME instrument’s 16.6 m antenna in various flight configurations. A helicopter lifted a mock up of the space probe up to 320 meters in the air. The mock-up housed the transmitter, while the two test receivers, each with an RF receive antenna, remained on the ground. The helicopter flew the mock up around the two receiving stations to collect the data needed to calculate the antenna’s radiation pattern. Rohde & Schwarz provided the ESA with the measured raw data.