It seemed obvious that Trescal’s strategy of acquisitions, thanks to the support of the French investment company Adrian, was intended to create a world-class group, which would eventually be sold to another investor or even an industrial company. It’s almost done.

In a press release, Adrian, Trescal and Omers announce that Omers Private Equity, the private equity investment activity of the Canadian pension fund Omers, has entered into exclusive negotiations with Ardian to acquire a majority stake in Trescal.

The transaction values the company at approximately 670 million euros. It is supported by Trescal’s management team and its CEO Olivier Delrieu. Trescal’s senior executives will be reinvesting alongside Omers Private Equity. 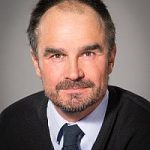 Jonathan Mussellwhite, co-responsible of Omers Private Equity in Europe, whose first investment in France, says he has followed Trescal since 2014 and has been “impressed by the quality and results of management under Olivier Delrieu”.

Omers Private Equity informs that it will support Trescal in its development through further acquisitions in a large but still highly fragmented metrology market.

The closing of the transaction is subject to customary conditions such as approval by the competition authorities and the signing of a final agreement.

With the support of Ardian since 2013 and the 25th acquisitions made worldwide, Trescal has doubled in size and expanded its presence on the American (north and south) and Asian continents.

Headquartered in Paris, Trescal operates 110 sites in 22 countries covering Europe, North and South America and Asia. The company has more than 3,000 employees worldwide and a turnover of 270 million euros. It serves approximately 40,000 customers in a variety of industrial sectors: Defence, Aerospace, Telecommunications, Transportation and Automotive. The group carries out the repair and maintenance of test and measurement instruments and also offers customized software solutions as well as technical and metrological support services.