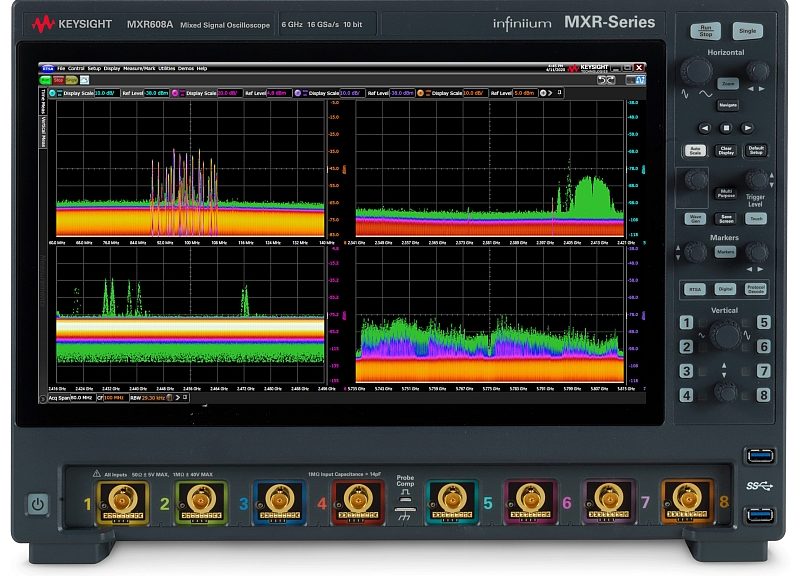 Will the entire Keysight Technologies family of oscilloscopes gradually be dressed in black? It seems likely, because after the high-performance UXR series scopes launched in September 2018 and the InfiniiVision 1000 X-Series entry-level devices announced in January 2019, the Infiniium MXR-Series family is following this trend.