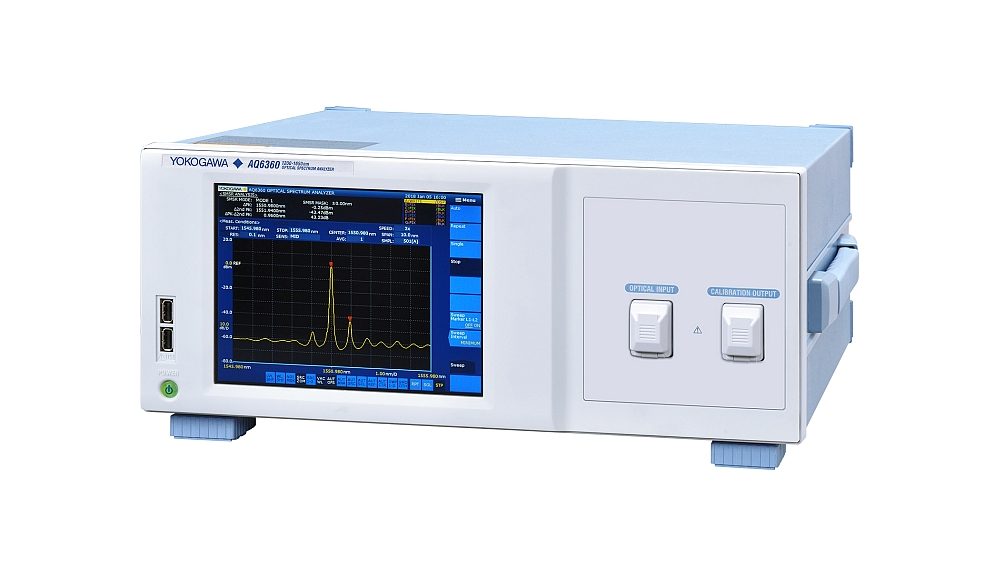 The AQ6360 is an optical spectrum analyzer primarily designed for the production testing of telecom and datacom components such as laser diodes, transceivers and optical amplifiers. According to Yokogawa, it has twice the scanning speed of other optical spectrum analyzer models designed for R&D applications. It also has an optical input for testing single and multimode optical fibres.

The AQ6360 model has the optical performance needed for SMSR measurements: a key parameter in laser testing on a production line. The instrument can also be used in conjunction with a BERT (Bit Error Rate Test) analyzer to measure the centre wavelength and spectral width of transceivers and laser diode modules.

The AQ6360 analyzer incorporates a new type of monochromator that is lighter and simpler in design than the previous generation Yokogawa analyzers. This no longer requires realignment when the instrument is moved.

This optical spectrum analyzer is integrated in a 4U high housing and is equipped with an 8.4 inch capacitive touch screen.

According to Yokogawa, unlike other optical spectrum analyzers with a fiber-coupled input, the AQ6360, thanks to its free space optical input, this analyzer accepts multimode optical fibers without being affected by a high insertion loss that results from the offset between multimode and singlemode fibers. Therefore, a free space laser beam from an optical component under test can be captured with a multimode fiber.