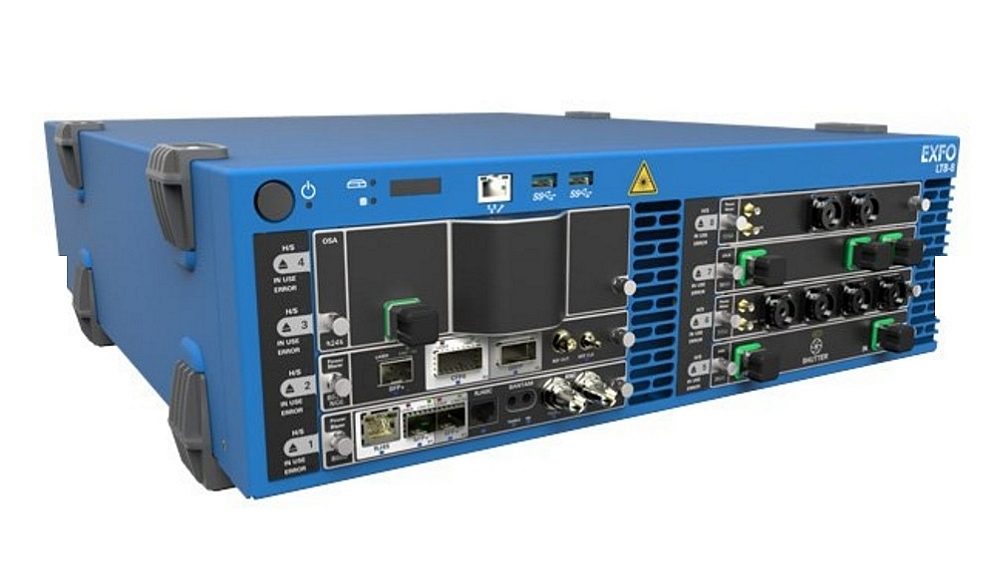 The FTBx-5245 OSA delivers a full range of spectral analysis from laser and TOSAs to transmitters and full optical systems. It supports measurements in labs and manufacturing such as side mode suppression ratio (SMSR), central wavelength, full width half max spectral width.

In addition, it offers a suite of modes specific to lab and manufacturing applications, such as sources testing (DFB and Fabry-Perot), long-term source characterization (drift mode), EDFA analysis and spectral transmittance analysis.

This OSA for CWDM/DWDM network analysis is housed in the scalable LTB-8 platform. The eight-slot configuration of the LTB-8 can simultaneously support as many as eight 100G modules for multiple interface test combinations.