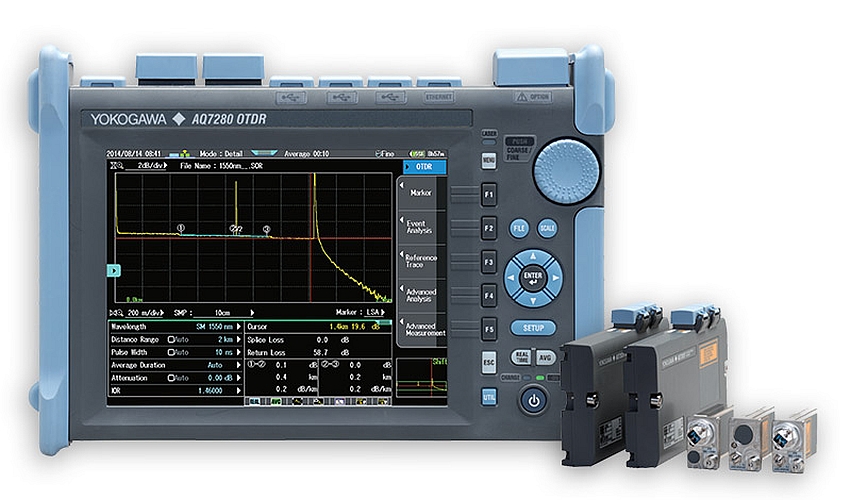 Yokogawa AQ7280 series OTDRs are used in the installation and maintenance of fiberoptic cables for core, metro, and access networks, including FTTH links between central offices
and subscribers.

With both production and maintenance operations, there is the need to assess the characteristics of fiber-optic cables, and maintenance personnel also need to perform such
checks while the cables are still in use to maximum efficiency.

Yokogawa has developed these three new OTDR units to satisfy such needs :