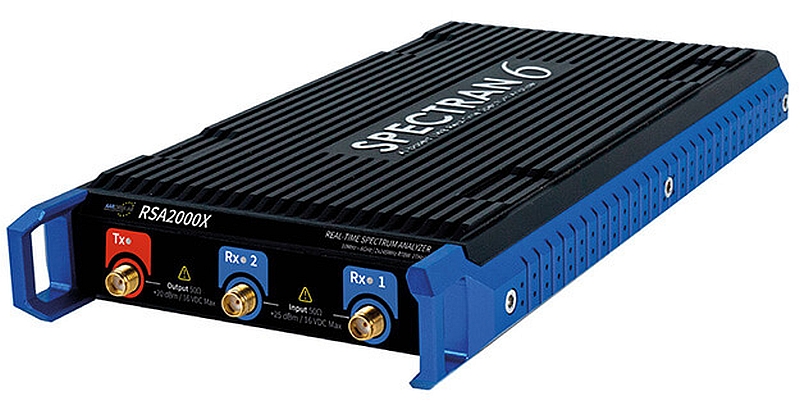 The analyzers, which connect to a PC via one or two USB 3.0 links depending on the model, also incorporate a vector signal/tracking generator with a modulation bandwidth of up to 120 MHz (optionally up to 245 MHz).

These instruments are supplied with the latest version of the RTSA Suite PRO software, a multifunctional spectrum analysis software solution. This RTSA-Suite PRO software is suitable for simultaneous use of multiple Spectran V6 X modules.