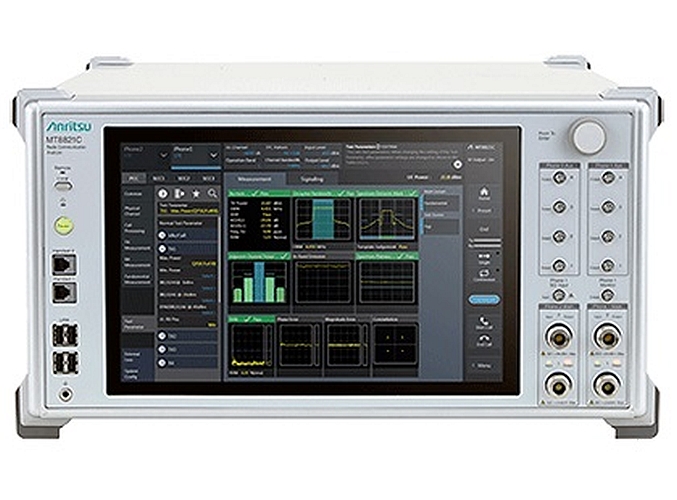 With the software installed, the MT8821C can conduct LTE Cat-M1 and NB-IoT 3GPP-defined RF measurement tests as well as IP data transferring functions to verify designs during the development and early deployment of IoT devices and services.

RF measurements defined in articles 6 and 7 of the 3GPP TS36.521-1 recommendations for LTE Cat-M1 and NB-IoT terminals can be made with the MT8821C with the software installed. Additionally, the eDRX and PSM low-power-consumption technologies are supported, along with IP data transferring functions necessary for throughput measurement and function tests.

With built-in RF TRx test functions and base station simulation functions for LTE-Advanced terminals, it supports tests of TRx characteristics while the terminal is communicating. With frequency coverage up to 6 GHz and 160 MHz wide frequency bandwidth for both Tx and Rx tests, the analyzer supports all cellular technologies compliant with 3GPP/3GPP2 UE RF TRX tests, including LTE/LTE-Advanced, Cat-M1/NB-IoT, W-CDMA/HSPA, GSM/EGPRS, TD-SCDMA/HSPA, and CDMA2000 1X/1xEV-DO.

The solution can control the mobile device by signalling and it supports measurements directly without changes due to the chipset. Through its Parallelphone Measurement (PPM) feature, a single MT8821C analyzer can perform simultaneous and independent testing of two UEs.